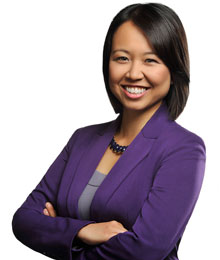 Rebecca is a passionate journalist whose love of storytelling is what drives her each and every day. Whether it’s breaking news or a heart-warming human interest story, she strives to both inform and engage viewers. She is especially interested in in-depth reporting.

In 2011, she was awarded silver in enterprise reporting by the Atlantic Journalism Awards for her series on organ donation.

Rebecca holds a Bachelor of Journalism degree with a double-major in Law, and a minor in History from Carleton University in Ottawa. She began her career in Ontario, first in radio at CBC Sudbury, then in television at CBC Windsor. Her first taste of the Maritimes came in 2007, when she moved to New Brunswick to report from Global News’ Fredericton bureau.

In 2008, she made the move to Global Halifax’s newsroom, and pulled double-duty as weekend anchor and reporter for several years. She is now enjoying her weekends off, and delving into reporting five days a week, while occasionally filling-in on the anchor desk.

Rebecca loves to take advantage of everything the region has to offer. She enjoys trying new foods, loves to travel, and is always up for a spontaneous road trip.