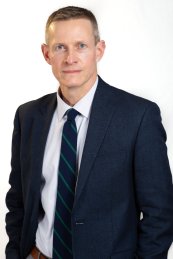 Tim Sargeant is one of Global’s most accomplished reporters.

He’s been with the station for almost 13 years and has covered just about every issue facing Montreal and the province of Quebec.

He’s interviewed a wide variety of personalities from politicians to athletes to astronauts to entertainers to people living on the street and everyone in between.

For the last decade Tim’s beat has primarily been covering city hall.

He’s had several exclusive interviews and scoops that have been picked up by competing news organizations.

By far the biggest story Tim has ever covered is 9/11.

He was one of Global’s first reporters to arrive on the scene in NYC on that tragic day.

He reported from near ground zero for Global stations across the country for four consecutive days.

Tim is also a featured panelist on Vermont This Week (VPT) in Burlington where he appears twice a year to discuss Canadian-U.S. relations specifically as they affect QC and VT.

Prior to joining Global News Tim worked as a general assignment reporter at WPTZ-TV (NBC) in Burlington, VT.

Tim got his first professional TV reporting experience working as a summer replacement journalist for CBC Television in St-John’s, Newfoundland.

Tim is a graduate of Concordia University with a BA major in Journalism and minor in Political Science.

Tim lives in the greater Montreal area with his wife and son.