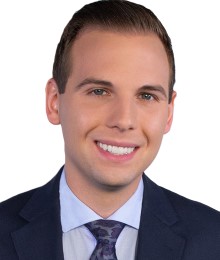 Ryan Kessler joined the Global Saskatoon team in the fall of 2015, hoping to take the next step in his reporting career, while returning to life on the Prairies.

Since then, he has reported on national stories including the trial of Gerald Stanley, the sentencing of the La Loche school shooter and the aftermath left by the Humboldt Broncos bus tragedy.

Ryan developed a passion for broadcast news during his studies at Red River College and The University of Winnipeg. During his final semester in Red River’s Creative Communications program, Ryan was offered a part-time job at 680 CJOB in Winnipeg – his hometown.

While anchoring and reporting for 680 CJOB, Ryan finished his Communications degree at the U of W.

The opportunity to tell stories for TV and online audiences brought Ryan to northern British Columbia in 2014. One highlight was covering the Canada Winter Games that captivated the City of Prince George for two weeks.

Though he is a news reporter first and foremost, Ryan is also an avid sports fan. He enjoys returning home to cheer on the Winnipeg Jets.