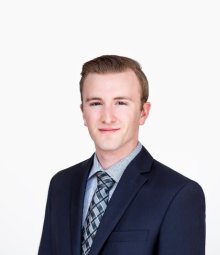 Graeme began his career at the Dalhousie Gazette, where he worked as sports editor in the final year of his Bachelor of Journalism degree at the University of King’s College in Halifax. During that time, he also provided play-by-play and colour commentary for Atlantic University Sport events.

For nearly three years, Graeme worked as a digital content editor and production assistant at CTV Atlantic, before making the switch to Global Halifax and New Brunswick.

Graeme was born and raised in Lewis Lake, N.S., and moved to Halifax in 2011.