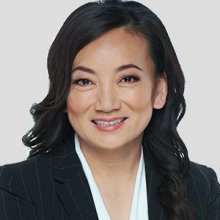 Originally from Vancouver, Grace Ke returned home and joined the Global BC news team in June 2006.

She started her journalism career in 1996 as the weekend anchor and general assignment reporter at the ABC affiliate in Great Falls, Montana. Just two days into her career, she covered the arrest of one of the FBI’s most wanted men – The Unabomber.

In 1997, Grace continued her career in Boise, Idaho where she was honoured by the Idaho Press Club for her investigative reporting. She went on to the ABC affiliate in Spokane, Washington where she was the weekend anchor and general assignment reporter.

She has covered major stories such as the arrest of the Spokane Serial Killer, the Nisqually earthquake in Seattle, and the effect of the September 11th terrorist attack on the community. She then worked for KING TV in Seattle before finally returning home to Vancouver and joining Global BC.

On her days off, Grace and her husband enjoy exploring all that the West Coast has to offer.