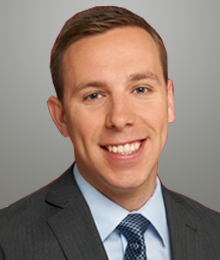 Dan Grummett began his broadcast career at CKOM in Saskatoon immediately after graduating from Lethbridge College in 2009.

While at Lethbridge College, Dan was the recipient of the Troy Reeb Internship for the communication arts program. He joined the Global Saskatoon family in 2010, where he was formally known as “Danny” (the NY was traded to New York for future considerations).

Dan moved to Global Winnipeg in July 2012 and worked there until June 2013. His Saskatchewan roots only allowed him to root for the Blue Bombers for 16 games per year.

Dan is a very particular writer who aims to be as conversational as he can in his storytelling. “For me, the most rewarding part is meeting our viewers, who remind me we’re not just talking into a hollow black lens.”

A small Manitoba community has evacuated homes and is dealing with overland flooding after a deluge of rain overnight Friday. Continue reading →

A girl from the Brandon area was killed Sunday after being hit by a train. Continue reading →

Cross Lake RCMP were called to a reported drowning on Friday evening and found two 3-year-old girls unresponsive in the water. Continue reading →

Winnipeg Police say a Garden City home contained more than $700,000 worth of marijuana before a grow op bust was made Friday morning. Continue reading →

It could soon cost you more to insure your vehicle in Manitoba. Continue reading →

A 28-year-old man is no worse for wear after falling asleep behind the wheel and rolling his pick-up truck into the Little Souris River. Continue reading →

A northern Manitoba community has been evacuated due to a massive forest fire that has been burning for the last several days. Continue reading →

Strangers come to the aid of Bloodvein arson family

Support is pouring in from complete strangers for a family who lost it’s home in an arson fire on a Manitoba First Nation. Continue reading →

A Winnipeg man who refuses to cut his grass has been granted more time to battle a by-law. Continue reading →

Two separate rollovers claimed the lives of two men on Thursday and Friday including a 28-year-old man from Ireland. Continue reading →

A 46-year-old Manitoba man was killed Saturday when his grain truck plummeted 15 to 20 feet off a washed out rural road. Continue reading →

Six children between one and five years old were left alone at an unlicensed home-based daycare in the Manitoba capital, police said Thursday. Continue reading →

The Chang’e 5 will be the first to bring back lunar rock samples since the Soviets in the 1970s. trib.al/MnpFawp

Sources say the potential deal would allow Meng Wanzhou to return to China if she admits to some of the allegations… twitter.com/i/web/status/1…