Canada roots for Joe Biden as final votes are counted in U.S. election

As Canadians watch a historic and bitter political struggle play out in the United States, there’s at least one thing that’s certain in a very uncertain affair: if this election had happened on our side of the border, it would have been no contest.

Canadians as a whole tend to dislike Republican presidents. It’s a phenomenon that was seen through the frosty northern view of polarizing leaders like Ronald Reagan and George W. Bush.

Bush was particularly disliked north of the border. He famously commented on the many Canadians who gave him a middle-finger salute during a 2004 visit to Ottawa.

“I would like to thank the few Canadians who came out to wave — with all five fingers — for their hospitality,” Bush said with a smile.

Still, there’s never been a Republican president who triggers Canadians quite like Donald Trump.

Canadians also have a dim view of Trump’s foreign relations with Canada.

When asked to describe the relationship between the Trump administration and the Justin Trudeau government, 59 per cent of Canadians chose a simple descriptor: “Bad.”

COMMENTARY: Canadians might prefer Biden over Trump, but it’s far from unanimous

There’s no doubt Trump would have been handed an epic election loss if the contest had been staged here.

But many Canadian residents did, in fact, have a say in the American election, thanks to laws allowing American citizens abroad to vote by absentee ballot.

The expatriate group Democrats Abroad pulled out all the stops in Canada to get American citizens living here to cast a ballot for Biden.

With more than 600,000 American citizens and dual citizens living in Canada, the Biden campaign saw an opportunity to tap into a traditionally under-utilized vote pool.

“We saw crazy numbers and a lot of enthusiasm,” she said, noting the Democratic campaign in Canada saw a 250 per cent increase in requests for absentee voting packages.

“We want to bring decency back to the White House and I think that’s why we saw such enthusiasm,” she said.

If Biden does end up seizing the White House from Trump, Canadian-based votes will have helped him achieve it.

But Trump also got his share of support from American citizens here, insisted Mark Feigenbaum, Canadian chair of Republicans Overseas.

“We wanted to raise awareness of the issues and the campaign and help people here to vote,” Feigenbaum told me, arguing a re-elected Trump administration would actually be good news for Canada.

5:27 U.S. election: Canada’s ambassador to the U.S. explains what’s on the line for Canada
Story continues below advertisement

Despite the trade tiffs between the United States and Canada under Trump, Feigenbaum warned that potential tax hikes under a Biden administration could slow economic recovery on both sides of the border.

“Lower taxes are better for everybody,” he said, adding Biden’s promise to transition America away from oil-and-gas consumption could also hurt Canadian energy exports.

“Canada would be happier with Trump’s policies than Biden’s policies on the natural resources side.”

As the final ballots get counted, however, Biden appears to be surging ahead of Trump in the critical Electoral College, where the next occupant of the White House will be decided.

If that does turn out to be Biden, the Democratic nominee will have a challenge trying to heal open political wounds in a bitterly divided America.

She said the current animosity, distrust and anger in the United States is the worst in generations, creating a problem for Biden if he wins.

In Canada, though, a Biden victory will be a largely popular one. If he travels north of the border as president, he need not fear a middle-finger welcome.

Mike Smyth is host of ‘The Mike Smyth Show’ on Global News Radio 980 CKNW in Vancouver and a commentator for Global News. You can reach him at mike@cknw.com and follow him on Twitter at @MikeSmythNews​. 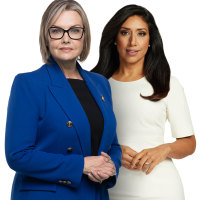