Bill Kelly: Donald Trump is cheating again, this time with the postal service

Every American security agency has acknowledged that the Trump campaign team encouraged and accepted Russian interference to tip the scales in the last election.

It’s also blatantly clear that Trump threatened to blackmail the Ukrainian government by withholding already allocated funds unless they agreed to run a smear campaign against Trump rival, Joe Biden.

But, since Trump sycophants in the Senate and his corrupt attorney general have seen that there were no consequences for those illegal acts, Trump is now doubling down on his illicit behaviour in the upcoming election.

He’s now appointed another of his lackeys as postmaster general with explicit instructions to attempt to cripple and disrupt the mail-in ballot system that has been in place since the American Civil War in the 1860s.

The Trump appointee has ordered the shutdown of hundreds of mail sorting machines and hinted at layoffs, which has effectively slowed mail delivery to a snail’s pace, almost assuring that millions of mail-in ballots may not be counted.

Quite aside from tampering with the election, Trump is oblivious to the fact that millions of American veterans and seniors may not receive much-needed medications in time because of the slow down; just another example of how Trump only cares about Trump.

The ultimate insult here is that Trump himself uses mail-in balloting; you can bet that his ballot will be delivered.

The stench of hypocrisy and corruption is overwhelming. 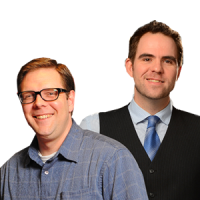