Pandemic papas: How these new dads are embracing fatherhood in 2020

While Derick Samuel’s partner was in labour, it was pouring rain, along with thunder and lightning in Toronto, cutting into the summer-like weather.

But when his baby daughter was born on May 30, the sun finally came out, said Samuel, 40.

That’s why they decided to name her Bianca Rayne, he said.

“We named her Bianca Rayne, just because of the understanding that rain brings growth. And that after the rain, the sunshine always comes,” he said.

“Just to remind her that the bad times always bring good times, and to think of those challenges as being opportunities for growth.”

READ MORE: These Canadians popped the question during a pandemic: ‘It made it even better’

And while Bianca was born into a historic year — the coronavirus pandemic, along with worldwide protests against anti-Black racism and calls for justice — Samuel says the first twenty-one days of fatherhood have been a little easier than he thought.

Global News spoke to multiple people who have become fathers this year, or whose partners will give birth later this year, about how the events of 2020 have shaped their partner’s pregnancies, and who they want to be as dads.

Samuel and his partner opted for a home birth so they wouldn’t have to be within a hospital environment as the pandemic dragged on. They wanted a more comfortable experience that wouldn’t involve isolation after a hospital stay, he said.

“It was really important for us to do it at home. It was probably the best possible experience that we have had,” he said.

Bianca has been a good baby in the first three weeks — allowing her parents to ease into their roles so far, he joked. 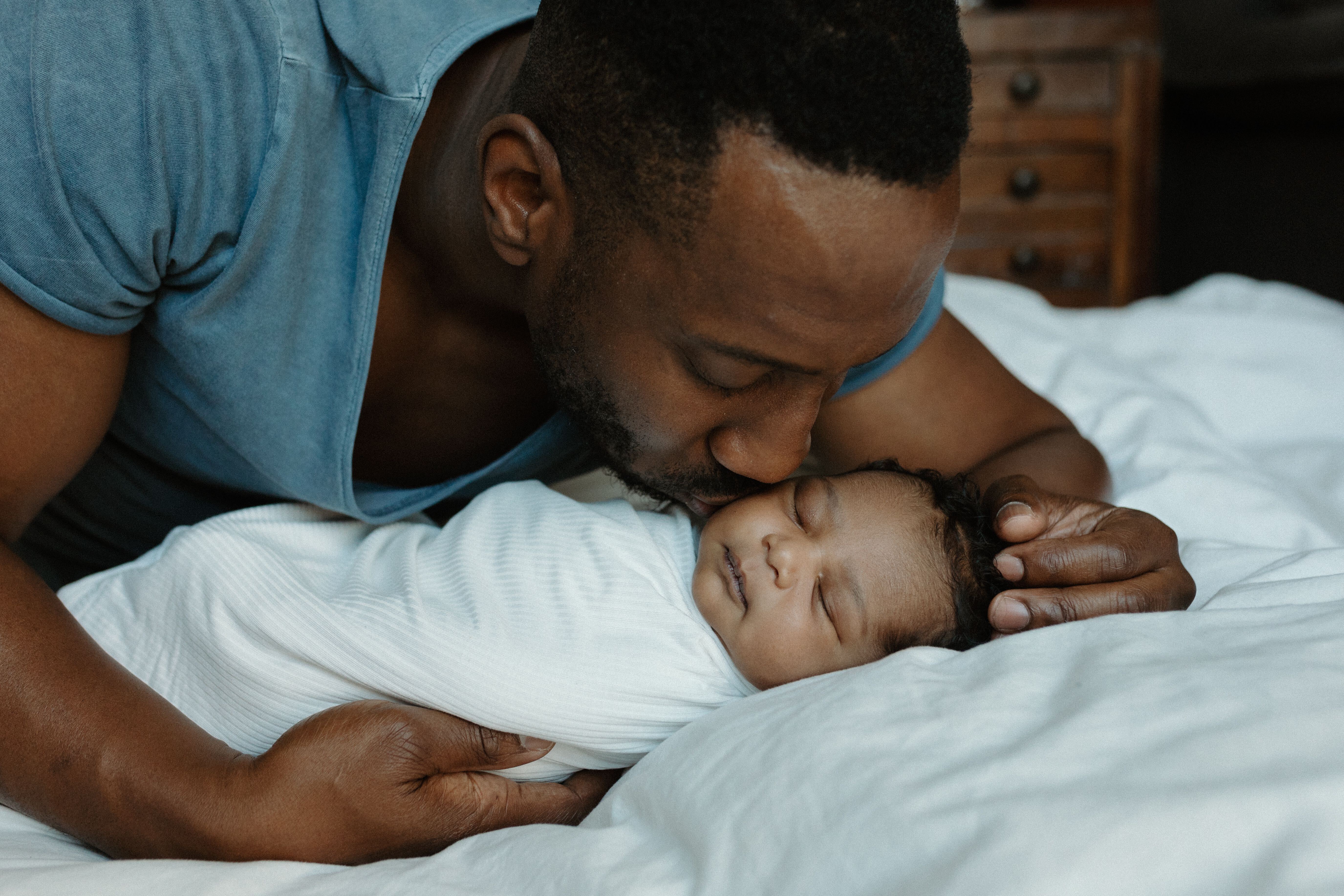 “It’s been surprising how joyful the little moments are. I can spend an hour just looking at Bianca’s face … or waiting for her to smile or yawn,” he said. “It’s special in and of itself.”

As a Black man entering fatherhood in 2020, Samuel says he’s also been thinking about what he wants to tell and teach his daughter.

This is a time that has proven it’s important to speak up on issues like racism, or nothing will change, he said.

“Being a Black man — and a father to a Black daughter — it’s important for me to speak out on some of these issues she’s going to have to face when she’s a little bit older,” he said.

“I’ll definitely teach her that her potential is limitless, as long as she believes that it’s limitless.”

“So, not to let anything stand in her way of her achievement, and not to let anyone limit what she wants to become in life,” he said.

READ MORE: Why lessons about race and racism need to start at home

He says as parents, he and his partner want to tackle as many barriers as possible that society may put on Bianca, and that includes racism. 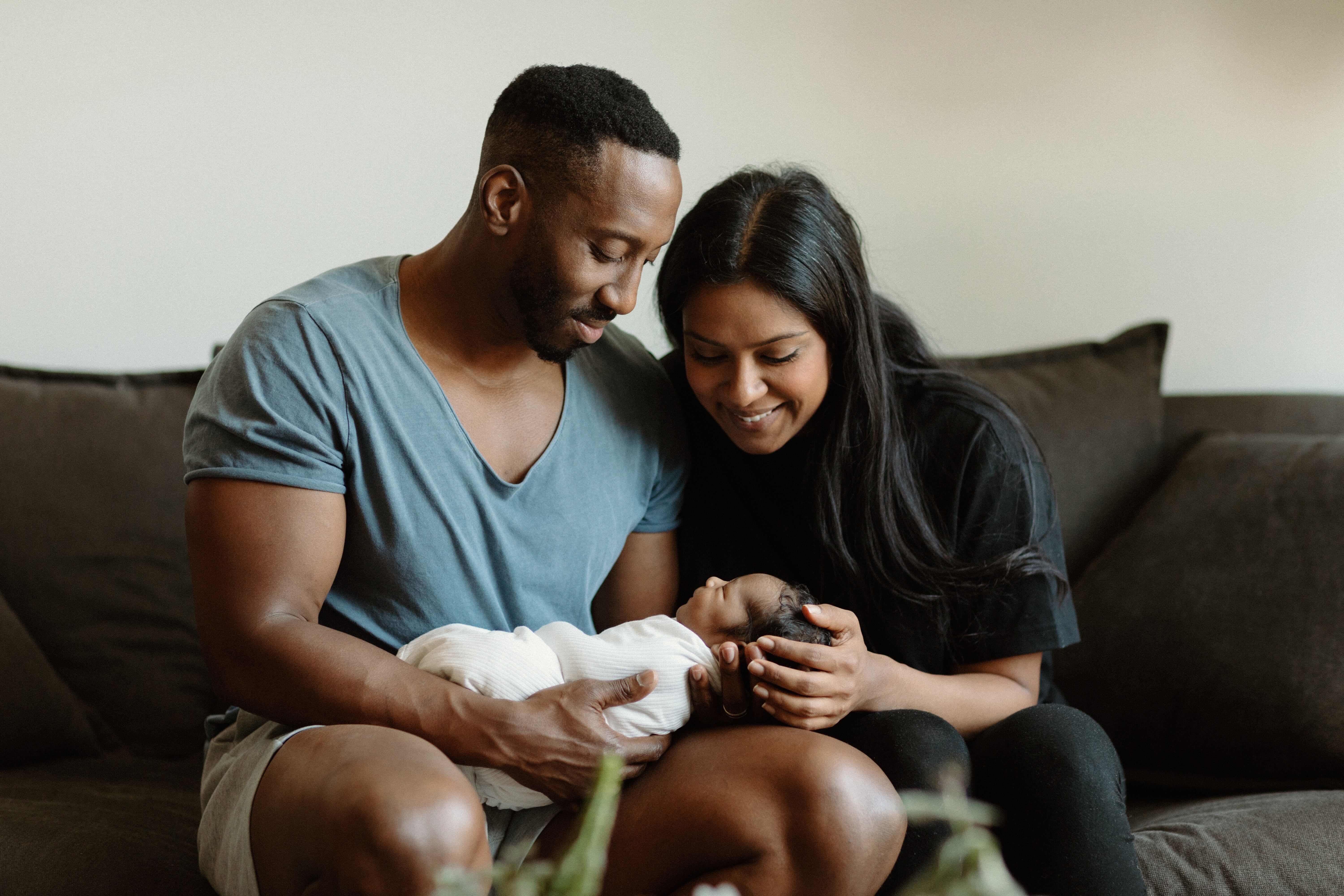 Derick Samuel with his partner Amanda and their baby Bianca Rayne. Photo by Jessica Silveira.

When others have asked him if he’s going to be “protective” of Bianca, he says his response has been that he will be protective of her mental health.

“It’s protecting their imagination, protecting and making sure that they don’t put limits on their own learning and own potential. Society will do that … it can be insidious and damaging,” he said.

The most important lesson he plans to teach her is resilience, he said.

“The pandemic is plaguing us and everything’s changed — so many challenges all the time — so for her it’s about being resilient,” he said. “It’s about being active in going after exactly what it is that you want, regardless of the circumstances.”

‘I can’t believe this is ours’

Ramanjit Saund from Toronto also became a father less than a month ago — his son was born on May 23.

Saund, 34, who works in a dental lab, says it’s been surreal to realize he and his partner have a child of their own.

“Both of us were like: ‘I can’t believe this is ours,’” said Saund.

His partner is a neonatal nurse who cares for premature babies who are at high risk, so they both felt very prepared for the birth, he said.

READ MORE: The cost of raising a child? Now there’s a calculator for that

Due to social distancing, no other members of the family have been able to hold the baby for safety, he said. After the baby has more of his shots, Saund says they may be more open to allow other family members to carry him.

“We haven’t had any big parties or anything yet. We had small exposure where an aunt or an uncle will come by and say ‘hello,’ but no one’s actually held the baby outside of our immediate family,” he said. 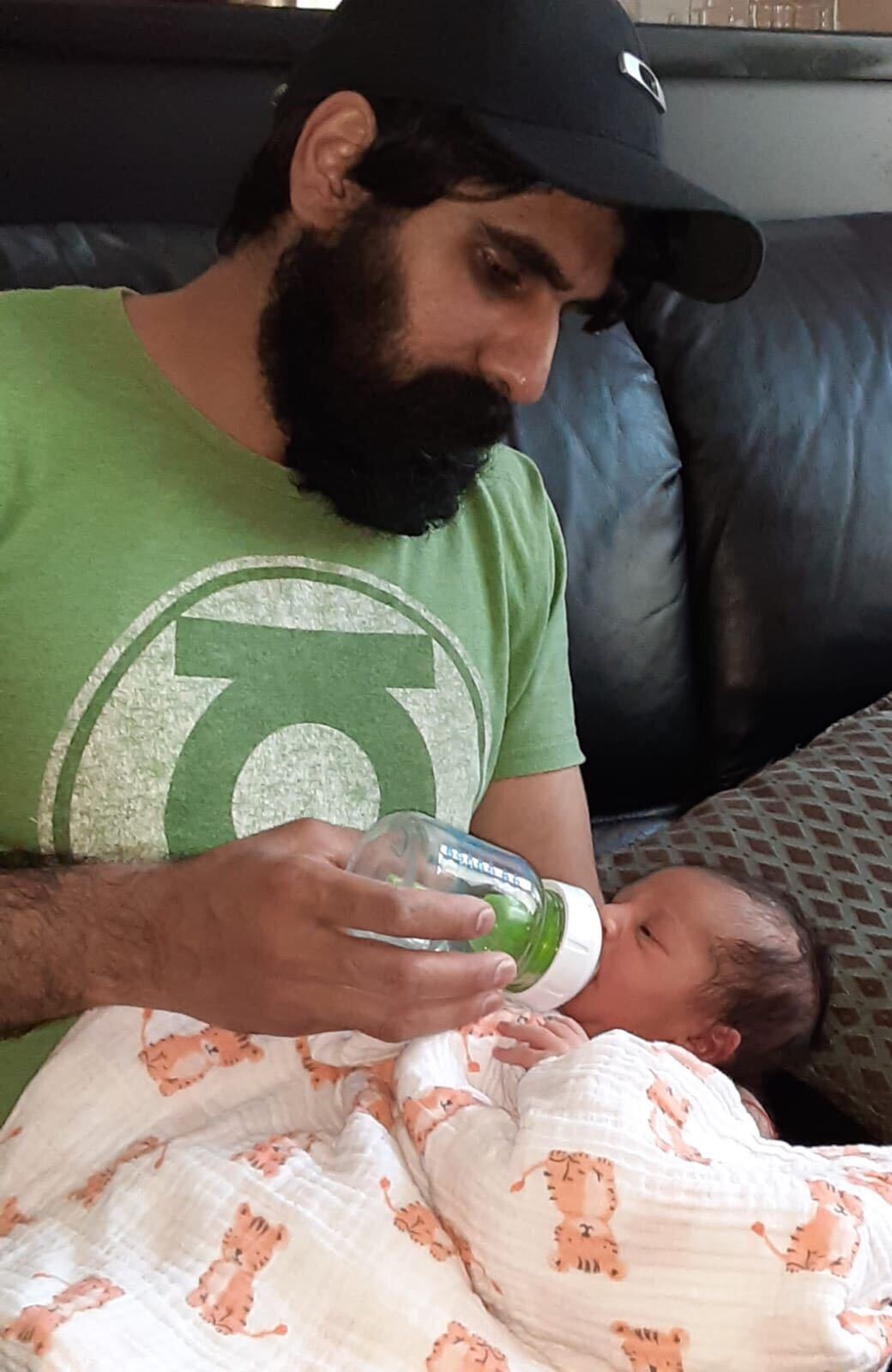 Despite the pandemic, he says he and his partner were happy about their hospital experience, and he wants other soon-to-be parents to know that it was very safe, sterile and the doctors were attentive.

“We didn’t have to worry about not having their full attention,” he said. “There’s support there.”

Although Saund has not experienced fatherhood for very long yet, he says he’s been surprised at how fast his son is growing.

“He’s already gone up a size in diapers and clothing … and it’s crazy how much [he’s] interacting,” he said.

For his first Father’s Day, Saund says the plan is to get take-out food from a nicer restaurant to celebrate, which is fitting for the pandemic.

A ‘different’ time to be having a child

In the next week and a half, Andrew Chien, 29, will become a father for the first time. His wife is due on June 30.

Chien, an intellectual property lawyer who lives in Toronto, says he’s feeling a mix of nerves and excitement as he waits for his partner to go into labour.

“I suppose I’m slightly impatient waiting for the arrival of our new baby boy, but mostly excited. It’s certainly a different time to be having a child,” he said.

While his wife’s pregnancy has been without issues, there’s been concern about whether he would be able to be in the delivery room. Chien says he’s been extra careful not to get sick so he can make sure he’s allowed to be there.

With both he and his partner distancing and not seeing family as they prepare for the birth, it’s been a challenge, he said.

“It’s been hard for my in-laws for example who have been traditionally very involved in these sorts of things, to not be able to come and see us,” said Chien.

The pandemic has brought some unexpected silver linings, however, including Chien working from home for the past few months allowing him to spend more time with his partner, he said.

“It’s been a bit of a blessing that I’ve been able to spend time with my partner and get to experience the pregnancy with her. My work has been super supportive in terms of making sure things are going well,” he said. “That makes a big difference on top of the family calling, and video chatting.”

READ MORE: Home for coronavirus: What to do with your kids during the outbreak

When his son is old enough, Chien says he wants to tell him about how unique 2020 was and that it was an important year to be born.

“Hopefully that resonates with him in being part of history. I hope that I’m able to teach him all the right lessons that come out of this, and just make sure he’s aware of the significance of what’s going on,” he said.

Having a third child, during a pandemic

While Mark Zamojc is not a new dad — he has two children under the age of four already  — he’s about to become a dad for the third time this year.

Zamojc’s wife Natalie Preddie, a travel expert who has been featured in many Global News segments, is due to give birth in September.

With a third child, Zamojc says he and Preddie know what to expect, even with a pandemic as a backdrop to the pregnancy.

“It hasn’t been too challenging yet. We’ve been a bit more cautious, she wouldn’t want to have to deliver alone,” he said. “If I got sick … I wouldn’t have been allowed in the delivery room.”

Zamojc is working and Preddie wants to return to work soon after giving birth, so they are hoping the social distancing rules will not become strict again in Ontario so they can have family babysit, he said.

Fatherhood is exciting, fun and comes with a whole new set of challenges, said Zamojc.

“For the most part, you learn quick. You learn on the job. As soon as you get used to something, something else changes, so you’re always needing to adapt as kids are growing,” he said.

READ MORE: 3 generations of dads share how fatherhood has changed

There are some nerves about how the birth will go and the process of adding another child to their family, but Zamojc says he’s more thrilled than anything.

What surprised him initially when he first became a dad, was how integral parents are in shaping their kids’ lives. The importance of his role as a parent became clear very quickly, he said.

“The biggest thing is just how in-tune you are with your child every step of the way as they grow. You know every little thing about them and everything they do every single day, you’re so involved in their lives,” he said.

“All these tiny little steps, they’re all a big deal and you’re all really involved in them.”