‘Around the OHL’ meets the ‘Unnamed Hockey Podcast’

This week’s instalment of Around the OHL is a crossover episode in which hosts Jake Jeffrey and Mike Stubbs chat with the guys from the Unnamed Hockey Podcast.

It’s kind of like when your two favourite sitcoms do a crossover episode — but better. Like Michael Scott meets Leslie Knope, or Homer Simpson shares the screen with Peter Griffin. It’s the most ambitious crossover since Avengers: Endgame with a fraction of the budget.

Joking aside, Jeffrey and Stubbs were looking forward to swapping OHL stories with the likes of Pete Dalliday, Jeff Twohey and Ryan Lalonde, hosts of the Unnamed Hockey Podcast. Around the OHL listeners should make sure to follow along with that show, too, for interviews and stories from some of hockey’s biggest names.

Dalliday is the longtime play-by-play voice of the Peterborough Petes, and Lalonde is the producer of the Unnamed Hockey Podcast.

Meanwhile, Twohey’s connection to the OHL spans decades. Formerly a scout with the Petes, Twohey would move on to assistant coach and, eventually, general manager of the club. He was also GM of the Oshawa Generals and director of amateur scouting for the NHL’s Arizona Coyotes. He’s currently a senior adviser with the Kingston Frontenacs. During his time in the league, he’s been a part of three OHL championships.

Both Twohey and Dalliday share stories from past and present on this week’s episode of Around The OHL.

Jake Jeffrey is the morning anchor on Global News Radio 980 CFPL, assistant coach and general manager of the Strathroy Rockets and co-host of the Around the OHL podcast.

Mike Stubbs is the radio voice of the London Knights and host of London Live from 1 p.m. to 3 p.m. every weekday on Global News Radio 980 CFPL.

We LOVE that you are loving the Around the OHL podcast! If you haven’t subscribed yet — what are you waiting for? 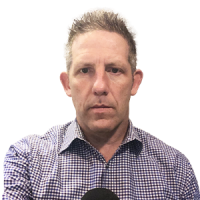