The death of NBA legend Kobe Bryant is a loss being felt around the world — including in Calgary.

The 41-year-old died alongside his 13-year-old daughter Gianna Bryant in a helicopter crash on Sunday. 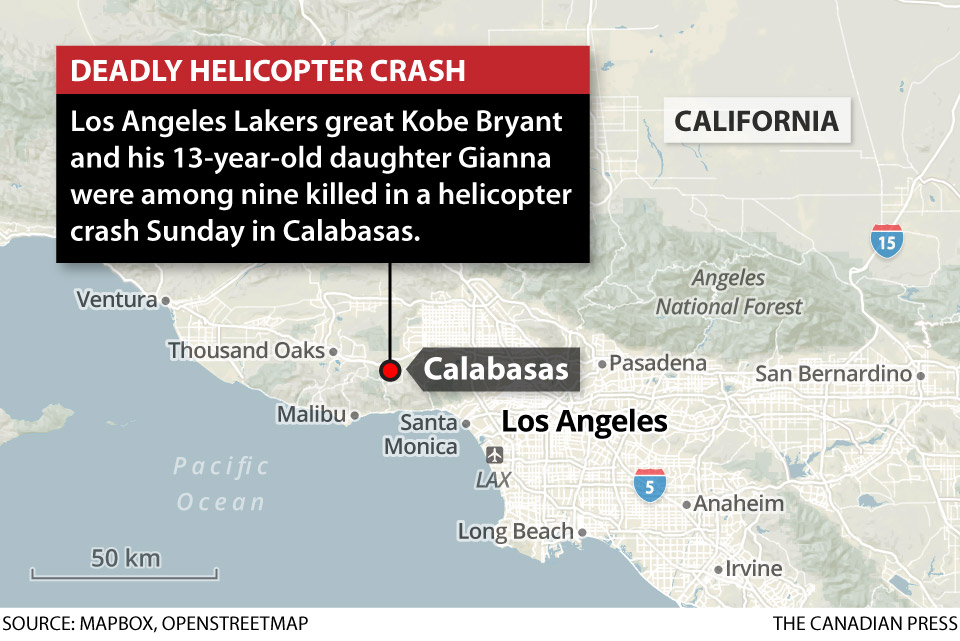 Earlier this month, a group of young players from Calgary’s Genesis Basketball had the chance to play against Gianna at a basketball camp at Mamba Sports Academy in Los Angeles.

“I saw her around,” player Tsukuru Tsuzuki said. “She, of course, was a shooter like Kobe. She was very good.”

Some of the players even got to meet the legend himself.

“It was crazy at first,” Tsuzuki said. “I was like, it’s Kobe … But then you kind of realize he has a daughter; he’s just a normal coach and normal dad who wants to coach his daughter. But it was crazy; it was surreal.”

Genesis founder Eddie Richardson had the chance to visit with Bryant at the camp.

“The love he showed our programs, our kids, our girls that he played against… he took the time to show love and take pictures with them,” Richardson said. “He was an amazing man.”

The young players on Genesis Basketball were hit hard by the news of Bryant’s death, as were their parents.

“As a father, as a fan, it’s pretty heartbreaking,” Jay Jerowsky said. “It’s interesting to see how someone you’ve never even met but kind of idolized a little bit growing up can have such an impact in your life, and you kind of feel like it’s a good friend who passed away.”

“Even now, I still can’t believe it. Feels like I honestly lost a family member. I’ve been a Kobe fan for so long,” Gritton said.

“Time is precious, and you don’t know when it’s your time to go,” Gritton said. “You’ve got to love your family, love your loved ones, be close to them … You can’t take things like this for granted.”