In a nod to his time spent in the military, Prince Harry opted to wear traditional military garb as he wed Meghan Markle on May 19.

Entering St George’s Chapel in Windsor alongside his brother Prince William, the 33-year-old bearded royal was seen donning the frockcoat uniform of the Blues and Royals. According to a release, the Queen gave her grandson permission to wear the single-breasted ensemble. 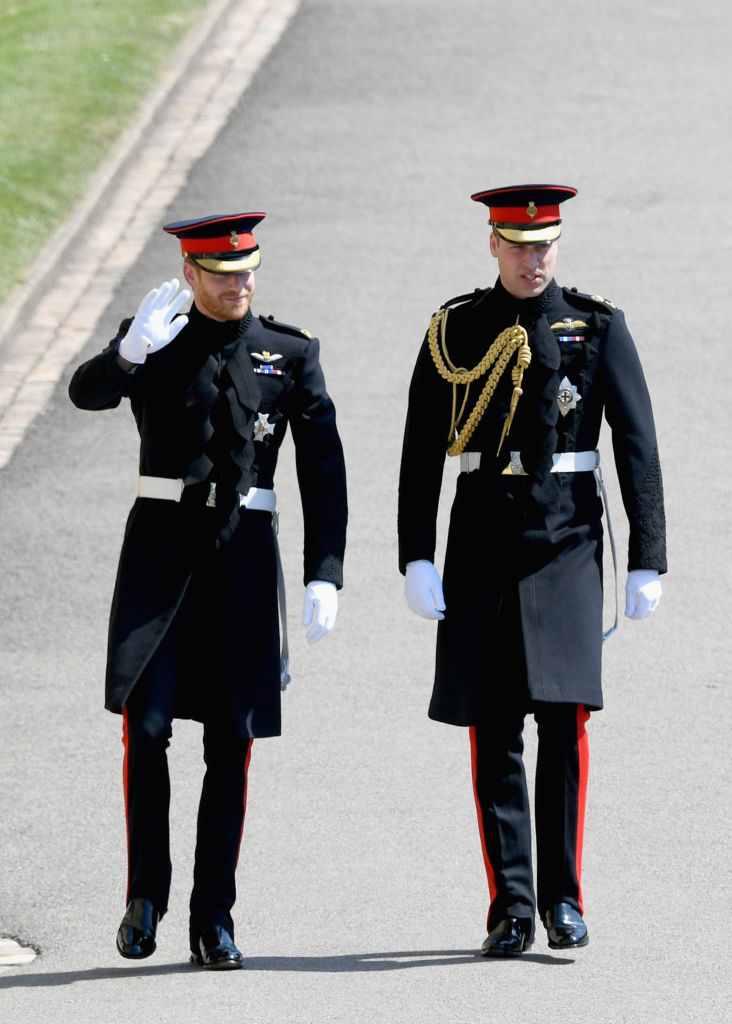 “The badge on the left chest is Pilots’ Wings attained whilst serving with the Army Air Corps for flying Apache helicopters. The four medal ribbons below the Wings are, from left to right: K.C.V.O., Afghanistan with rosette, The Queen’s Golden Jubilee and The Queen’s Diamond Jubilee,” noted a statement from Kensington Palace about the outfit. “The trousers, officially called ‘overalls’, are made from a blue and black wool barathea and are fastened by a leather strap and buckle underneath the boot. They would have traditionally been worn on horseback.”

It’s interesting to note that the prince didn’t shave his beard for the big day, something that divides historians. Some say a beard and military uniform should be forbidden, while others have said the rules no longer apply to Harry because he’s no longer serving.

The prince served in the army for 10 years, rising to the rank of Captain, and ended up taking two tours of Afghanistan. Since retiring in 2015, he has become a vocal champion for those still in active combat. He also founded the Invictus Games in 2014 as a way to inspire and motivate wounded soldiers on their paths to recovery.

The most recent event was held in Toronto in 2017, and it was there that Prince Harry and his bride made their first public appearance as a couple.

The duo walked hand-in-hand into the a tennis match, and were later photographed together in a private box at the Air Canada Centre at the event’s closing ceremony.

Check out this interactive family tree to learn more about the royal family: