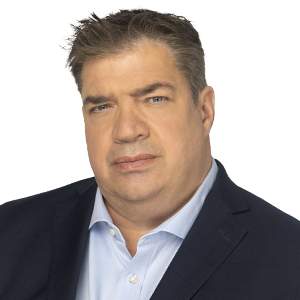 On this day in 1943: Former Oiler Bill “Cowboy” Flett is born down Highway 16 in Vermillion, AB. He played in Edmonton for four seasons from 1976 through the 79-80 season—his last as a professional hockey player.

The Calgary Flames staved off an Edmonton Oilers comeback attempt for a 9-6 win in Game 1 of their best-of-seven series.

Edmonton Oilers’ grinding forwards set to dig in against Flames

Members of the Edmonton Oilers who have also played for the Calgary Flames are choosing their words carefully ahead of the Battle of Alberta.

The Edmonton Oilers are moving on to the second round of the Stanley Cup playoffs after a 2-0 win over the L.A. Kings Saturday night at Rogers Place.

Sports
May 14, 2022 12:31 pm
Draisaitl a game-time decision for Game 7 between Edmonton and Los Angeles
By Brenden Escott Radio Producer/Sports Anchor

It’s a do-or-die Game 7 at Rogers Place on Saturday as the Edmonton Oilers aim to advance to the second round of the playoffs for the first time in five years.

The Edmonton Oilers gutted out a 4-2 win over the Kings Thursday night in Los Angeles to force a Game 7 Saturday night at Rogers Place.

The Edmonton Oilers’ two biggest starts will be on the same line Thursday night against the Los Angeles Kings.

Adrian Kempe scored 1:12 into overtime to give the Los Angeles Kings a 5-4 win over the Edmonton Oilers Tuesday night at Rogers Place.

Advertisement
Sports
May 10, 2022 2:16 pm
Edmonton Oilers shake up lines for Game 5 against Kings

The Edmonton Oilers are going to shuffle things around for Game 5 Tuesday night after being shut out by the L.A. Kings over the weekend.

RT @Lauren_Global: Just confirmed with Alberta Health - there have been no cases of #monkeypox detected in Alberta and no possible cases un…

Edmonton police say two people were injured after a report of a stabbing at the Bay/Enterprise Square LRT Station o… twitter.com/i/web/status/1…

RT @vineshpratap: this is a great story of rivalry... that still results in pure joy! 😊 #yeg #LetsGoOilers twitter.com/GlobalEdmonton…