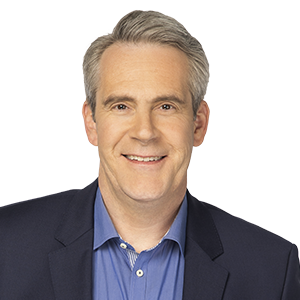 A place to talk. To come together. To be heard.

Shaye Ganam is taking the conversation province wide on 630 CHED in Edmonton and Global News Radio 770 CHQR in Calgary, creating a collective town square to rehash the old and imagine the new for every part of this province.

Tune in Monday to Friday from 9 a.m. to noon to join the conversation.

Shaye Ganam is produced by Cassandra Jodoin and Demi Knight.

Hospitals saw a spike in the number of youth hospitalized for eating disorders during the COVID-19 pandemic, new data from the Canadian Institute for Health Research reveal.

Brian Jean, who founded the UCP with Kenney in 2017, defeated seven challengers in a landslide victory, capturing two-thirds of the votes cast.

Starting this September, students in kindergarten to Grade 3 will have a new math and English language arts curriculum. Students in Grades 4 to 6 will see the changes next year.

During a special council meeting, Edmonton councillors voted 8-5 in favour of rescinding the city’s face coverings bylaw after a lengthy discussion on the topic.

Modeled after a similar rebate program from nearly 20 years ago, a natural gas rebate in Alberta is due to come into effect in next fall.

The 78-year-old Winnipeg musician tells The Canadian Press he will relaunch the “Vinyl Tap” series March 6 on commercial radio airwaves.

RT @Blake_Lough: We are continuing to #FanTheFlames this morning on @GlobalCalgary by giving away this limited edition bobblehead pack of s…

If @NHLFlames bobbleheads could talk... 🤣 We are giving away #Flames prize packs on Global News Morning to lucky… twitter.com/i/web/status/1…

RT @TiffanyLizee: Photo from this morning just outside of #YYC in Bearspaw. #ABstorm #Alberta pic.twitter.com/gRrEP5JKP2