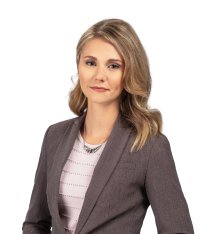 Sarah Ritchie joined the Global News team in the summer of 2018 as an anchor and reporter.

Sarah is a Saskatchewanian by birth, and a Maritimer by choice. She graduated from the University of Regina School of Journalism with distinction. After graduation she moved to New Brunswick, copy editing newspapers before making the switch to television.

During her broadcasting career Sarah has reported from all three Maritime provinces and has worked as a reporter, anchor, weather presenter, and producer. She has a passion for politics and has covered Nova Scotia’s Province House. She counts covering the 2017 provincial election as a career highlight.

Sarah grew up in a small prairie town and is a fan of the Roughriders and the Maple Leafs. When she’s not reporting the news she can usually be found with her nose in a book, or exploring one of Nova Scotia’s beaches, wineries or hiking trails.