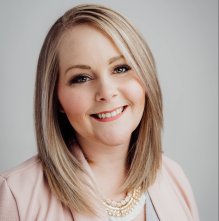 Campbell was a videographer and assignment editor with CKWS TV in Kingston, Ont., before becoming a digital broadcast journalist in the Maritimes.

She first joined Corus Entertainment in 2009 and became a familiar face in Kingston during her coverage of the Russell Williams and Shafia Family murder trials in 2011 and 2012, both of which were covered for Corus-owned television and radio stations across the country.

Born and raised in Castleton, Ont., Morganne studied journalism at Loyalist College in Belleville, Ont., where she attended on a scholarship.

Morganne has experience in print, radio and television working at stations across Ontario including CTV Barrie and CHEX News Peterborough and has instructed OPP officers in media courses at East Region Headquarters in Smiths Falls, Ont., in addition to volunteering and teaching young students about the industry.

Most of all, Morganne enjoys meeting new people, loves the fact that no two days at work are the same and enjoys covering the stories that matter most, introducing and taking the viewer to new and interesting places at every opportunity.

In her spare time, you can catch Morganne in her garden, cooking, or at the park with her dog Feebie.