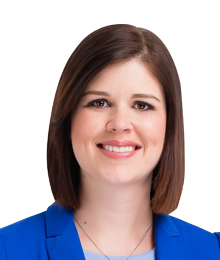 Megan Batchelor was a web producer, reporter and anchor at Global Winnipeg from December 2011 to May 2015.

She started her broadcast career while in high school, working evenings and weekends at the town’s radio station, CFAM. Following high school and her initial experience in broadcasting, she decided to enroll in the Creative Communications program at Red River College.

After her graduation from Creative Communications, Megan worked at CKX News in Brandon as a reporter and anchor before coming to Winnipeg. Formerly reporting for the Morning News and then night watch reporter, Megan became Global Winnipeg’s weekend anchor.

Logan McBurney, 10, has made remarkable progress since he was pried from his family’s Jeep by the jaws of life following a crash in Winnipeg on Feb. 19.

Diet just as important as training for marathon, dietician says

5 ways to check if your diet is on track

Winnipeg registered dietitian Susan Watson suggests five ways to get your diet back on track.

Local egg farmer, Catherine Klassen says finding the supplies for Easter egg decorating can be as simple as looking in your kitchen pantry.

Chef Rob Thomas offers up a delicious brunch recipe that elevates the average French toast, apple caramel baked French toast. He also has a recipe for the dinner portion of your Easter, prosciutto-wrapped asparagus with balsamic syrup.

It’s crunch time at Fort Gibraltar as the transformation into Festival grounds for Festival du Voyageur is underway.

Brady McQueen is an average nine-year-old boy in his passion for Minecraft and the Winnipeg Jets. His passion to provide a cup of joe to Winnipeg’s homeless people though sets him apart.

John and Dorothy Monteith say were just at the right place at the right time when they saved a family whose truck got wedged in a pressure crack on ice road in northern Ontario Thursday.

City crews are working to repair a water main break in Transcona, forcing some homes to have brown water flowing from their taps.

A University of Manitoba student newspaper has run a Charlie Hebdo cartoon to show support for the victims of the attack on the French satirical magazine.

A Winnipeg educational assistant allegedly gave a 17-year-old drugs and alcohol and had sex with him, police said Monday.

Above seasonal temperatures and low-lying cloud made for foggy conditions Saturday in Winnipeg. Outside the city though, some communities broke records with their unseasonably warm day.

Mayor Brian Bowman, Winnipeg’s first new mayor in more than a decade, and 15 city councillors were officially sworn in during a ceremony Tuesday evening.

Hair salon owners are calling on Ontario to allow their industry to reopen, saying their establishments are safe an… twitter.com/i/web/status/1…

#BREAKING: Green Party Leader Annamie Paul is firing back at what she described as a “small group of councillors” w… twitter.com/i/web/status/1…

PFAS have been linked to cancer, liver and kidney damage, the altering of a person's metabolism, diabetes and Type… twitter.com/i/web/status/1…