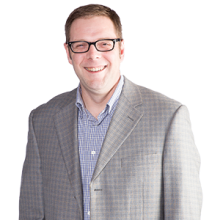 Jeff Braun is a born and bred Manitoban, originally from Altona. After high school, Jeff moved to Brandon where he attended broadcasting school at Assiniboine Community College. He graduated with honours from the Media Production course in 1995, moved to Winnipeg and in the fall of 1998 began his career with 680 CJOB. Following several years as a technical producer, Jeff moved into the anchor chair where he’s been ever since.  He also co-hosts The Couch Potatoes with Brett Megarry on the weekends. When asked why he does what he does, Jeff says he simply enjoys sitting in a small room and speaking aloud into a microphone. In his downtime, Jeff enjoys going to the movies and barbecuing.  While he claims he can dunk, no one has ever seen him do it.