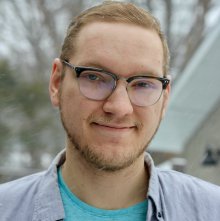 Craig was born and raised in Kitchener, Ont. and graduated from Carleton University’s bachelor of journalism program in 2016, after which he worked as an editor and videographer for the Globe and Mail. He covered the capital’s business scene for half a decade with the Ottawa Business Journal, where he won a national award for excellence in science and technology reporting in 2017. He also spent a memorable year living in the U.K. where he worked as a digital editor for the University of Cambridge’s political science publication, In The Long Run.

For two years, Craig covered Ottawa City Hall and other local news in the nation’s capital for Global News, including investigations on the city’s tow truck industry.