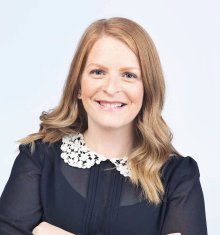 Christine joined the Global Edmonton team in 2007. She produces Global News at 5 with Gord Steinke and is also the co-creator and producer of Family Matters. Launched in 2016, the segment explores conversations around parenting issues. It now includes a radio show that airs across Western Canada and a podcast.

Christine is an award-winning journalist, having won a Canadian Screen Award with Global Edmonton for coverage of the 2016 Fort McMurray wildfire. She is also the recipient of a national RTDNA award for Digital Media for her work on Family Matters.

Christine is a mother of two boys and spends most of her time trying to keep up with them. She is also a proud member of Global’s Bust a Move team, which has raised more than $100,000 for breast cancer research in Alberta.