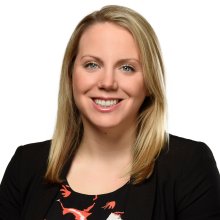 Born and raised in the quaint Nova Scotia community of Jeddore Oyster Ponds, Alexa fell in love with the art of storytelling at an early age.

Creative writing and reading were her childhood pastimes and that led her to pursue Media Studies at the Atlantic Media Institute in Halifax, where she graduated from in 2007. She began her career in community television before moving to Alberta where she worked for Shaw TV, CBC, and camera operator for multiple sport production teams, including the Edmonton Oilers and Edmonton Elks.

She’s thrilled to be a Video Journalist with the Global Halifax team and in her off-time you can find her in the gym, playing rugby, cycling or walking her rescue pooch.