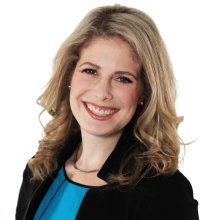 Abigail Bimman is an award-winning journalist and an Ottawa-based correspondent for Global National.

Prior to joining Global News, Bimman was based in Kitchener, leading CTV’s local investigative unit. Before that, she spent five years as their weekend anchor and producer.

During her time with CTV, Bimman’s investigative journalism was recognized by the Canadian Association of Journalists (CAJ) in the form of two awards. One was for her coverage of an unregistered nurse employed in a nursing home in 2017 and another was for an in-depth look at life behind bars at the Grand Valley Institution for Women in 2013. After years of requesting to get inside the prison, she was granted rare access and produced another five-part series that gave viewers an understanding of what goes on at the biggest women’s prison in the country, including a look inside maximum security and the controversial segregation cells where two inmates have died.

Bimman also won two RTDNA awards for her feature stories. One was on a teen’s journey after a brain injury and another was on a group of “calendar girls” at a retirement home who stripped down for a creative fundraiser. She was also part of the team that won an RTDNA Best Newscast award for federal election night coverage in 2015.

She has earned a well-deserved reputation for holding public officials to account as her reporting has also led to changes in government policy. Bimman has a journalism degree from Carleton University in Ottawa, received in 2008.

Outside the newsroom, Bimman spent eight years as a weekly volunteer recording talking books with the Canadian National Institute for the Blind in Toronto. She volunteers with the Sarah and Chaim Neuberger Holocaust Education Centre, is an avid reader, theatre lover and world traveller.