Conservative MP — and one-time leadership hopeful — Derek Sloan‘s support for a parliamentary e-petition about the impending COVID-19 vaccines has caused an expected push back from health care experts and even some Conservative caucus members.

Sloan has become the de facto standard-bearer for the extreme right-wing of the Conservative Party. His support for what is clearly an anti-vaccination movement is troubling.

The petition suggests that COVID-19 vaccines will be distributed without proper scientific vetting, which would make the vaccination program essentially a human experiment in the chemical control of this virus.

Nothing could be further from the truth and Sloan’s support for such voodoo science is reprehensible.

These vaccines, like all potential vaccines, are vetted by well documented and scientifically reviewed analysis by Health Canada, which, for the record, employs some of the most stringent parameters in the world, before approval is granted.

Sloan’s support is clearly a play to placate the ultra right-wing, anti-establishment wing of conservatism, which is a small but vocal element of the Conservative Party, and an even smaller part of the population.

The misinformation in the petition undermines the extreme need for Canadians to vaccinate against this deadly virus.

Conservative leader Erin O’Toole has not renounced Sloan’s actions, instead, issuing a statement that vaccinations are important.

Thanks, Mr. O’Toole, for stating the obvious.

As Canadians, and the rest of the world, look to escape this horrific pandemic, leaders who ignore science and logic, are part of the problem, not part of the solution. 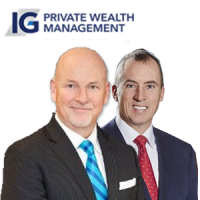