The Edmonton Football Team released its 2021 schedule on Friday, along with the rest of the CFL.

There is still plenty of work that is needed to accomplish before the CFL can return to the field in 2021, but the season kicks off on June 10 with a 2019 Grey Cup rematch between the Winnipeg Blue Bombers and the Hamilton Tiger-Cats.

For the Edmonton football team, the home opener is set for Saturday, June 12 on The Brick Field at Commonwealth Stadium against the Saskatchewan Roughriders. 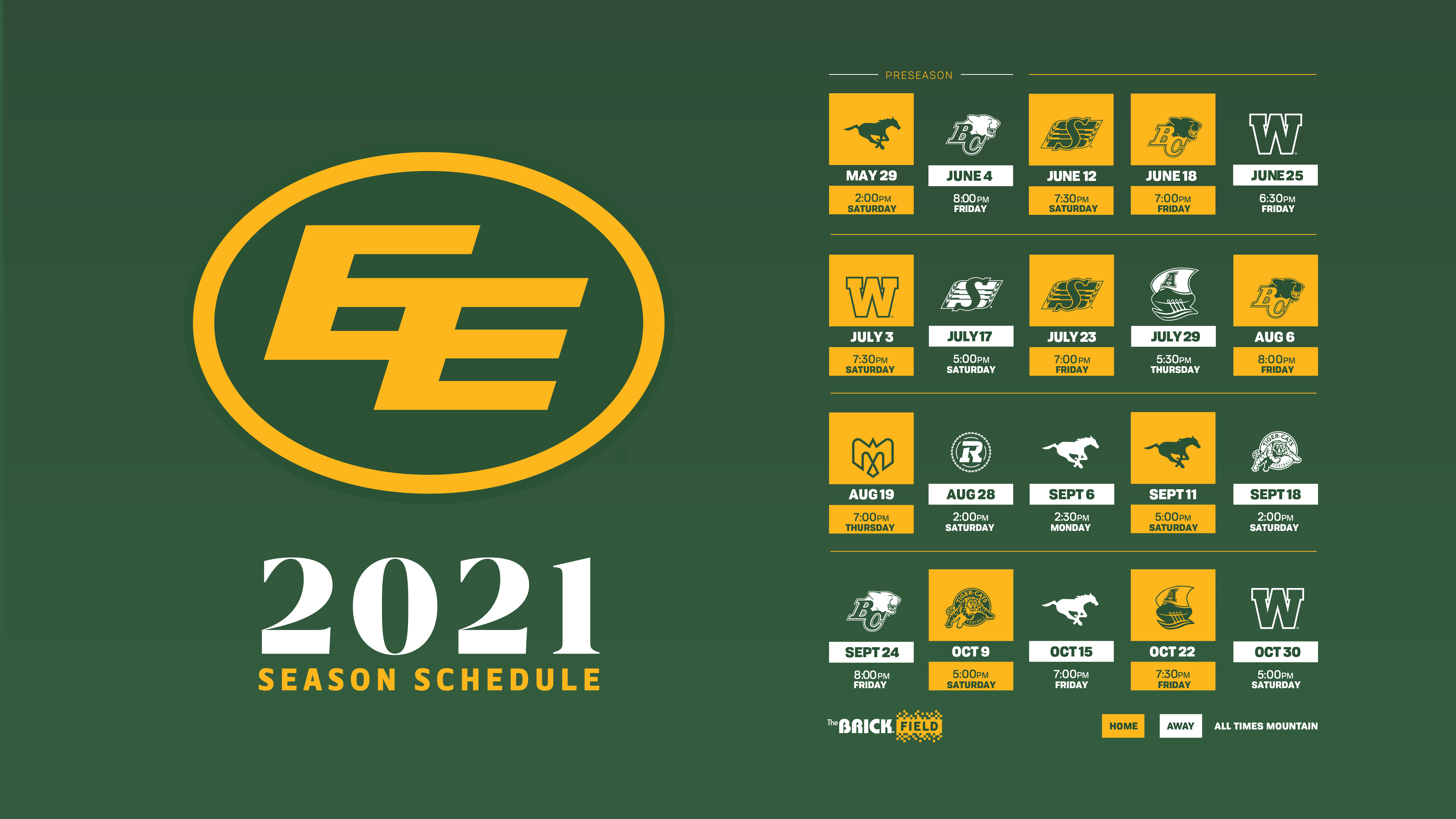 The schedule for Edmonton, along with the rest of the teams, will be a “non-traditional” schedule, meaning they won’t play every team at least twice.

Edmonton will play one game on Thursday night, five on Friday nights and four on Saturday afternoons and evenings.

They will play back-to-back games three times. First against the Bombers in weeks 3 and 4, the Riders in weeks 6 and 7, and the Stampeders for the traditional Labour Day series on September 6 in Calgary with the rematch in Edmonton on September 11. The Edmonton Football Team will have their bye weeks in Week 5, 10, and 17.

“We did all we could to get the schedule to a good place for our fans because that’s who it’s about,” Edmonton president and CEO Chris Presson said. “And I feel like the league did a good job of listening and doing all they could for not just our schedule, but our other partners as well, so we’re excited about it.”

“The items that stick out are the classic Labour Day and post-Labour Day rematch as well with Calgary. I think having Saskatchewan at home twice is a big key. I think having Calgary back in our building for pre-season is also key.”

A schedule release is an important first step in the CFL’s plan to return to the field in 2021.

CFL Commissioner Randy Ambrosie stated this week the league’s plan is to have teams play in their own stadiums, with the hope of having limited attendance at least to start with and the scale up as the season progresses. The league needs to gain the approval of various levels of governments and local health authorities.

Presson said a decision on whether fans will be allowed to attend games is a conversation that is too early to have.

“I think as we turn past the first of the year, I think we would be in a better position to be more of a focus for those provincial officers that make those decisions.”

The idea of playing in a bubble environment in a hub city is reported to be an option still but is very much on the back burner for the league.

Ambrosie has also stated that amendments to the current schedule could still be made as the off-season progresses. The league and the players also need an amended CBA for the 2021 season.