New data show public transit systems in Canada were still feeling the hit of the COVID-19 pandemic in June, with subway, train and bus trips dropping nearly 75 per cent compared with last year.

The data released by Statistics Canada show there were 37.9 million passenger trips on transit in June, which it says continues a pattern of significant annual decline seen every month since March.

Read more: How will commuting change after coronavirus? Experts weigh in

Statistics Canada says the total operating revenues of urban transit agencies, aside from subsidies, fell 77 per cent to $75.6 million in June.

The agency says the June ridership numbers nonetheless represent an increase over the previous months. 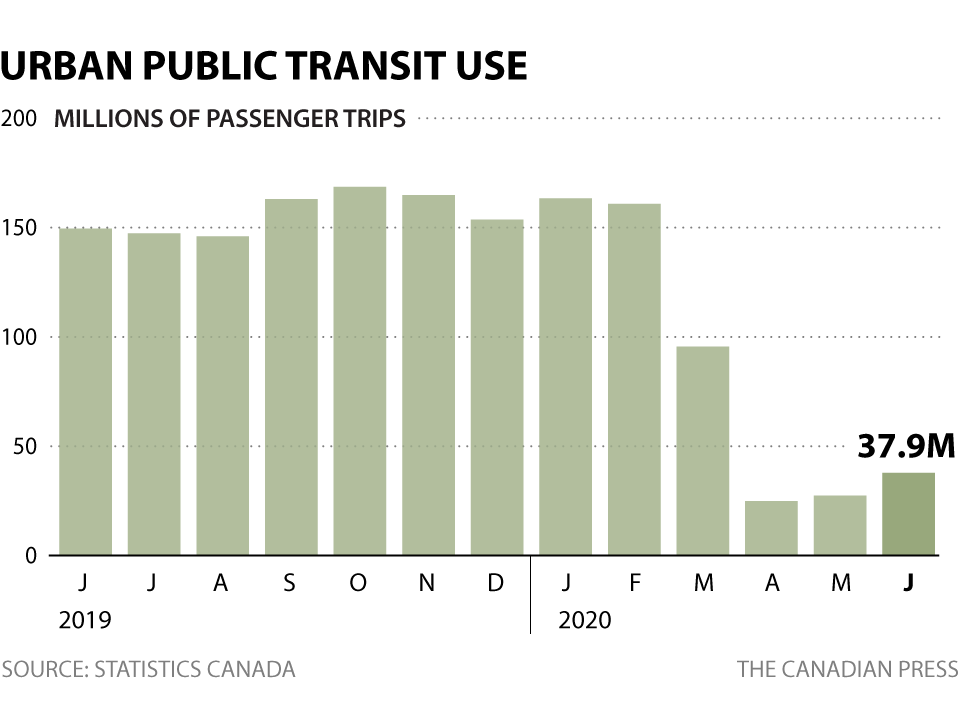 It says there were 27.4 million passenger trips in May and 24.9 million in April.

The agency says the continued recovery of transit ridership in the coming months may depend on the perceived effectiveness of any safety measures imposed.