The singer showed up to the 61st annual Grammy Awards on Sunday wearing a border wall-inspired dress, along with a red “Make America Great Again” purse. 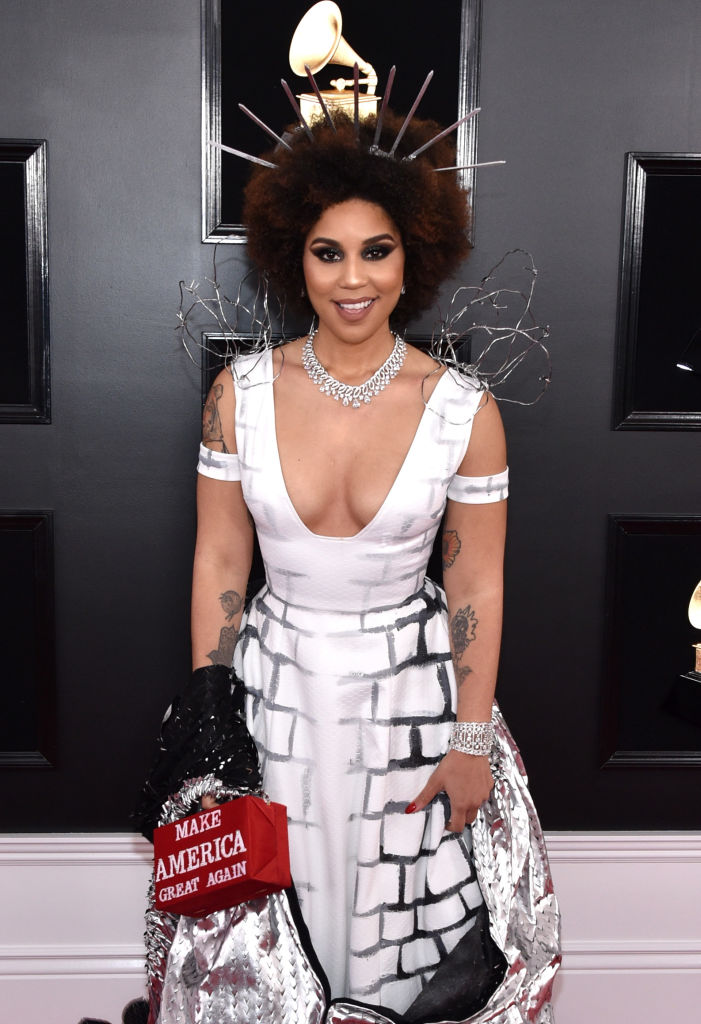 The 27-year-old singer’s outfit featured a low white V-neck gown, imitating a white wall. Tangles of barbed wire sprouted from her shoulders, and she wore spikes in her hair.

The gown even had a “Build The Wall” statement in the back. 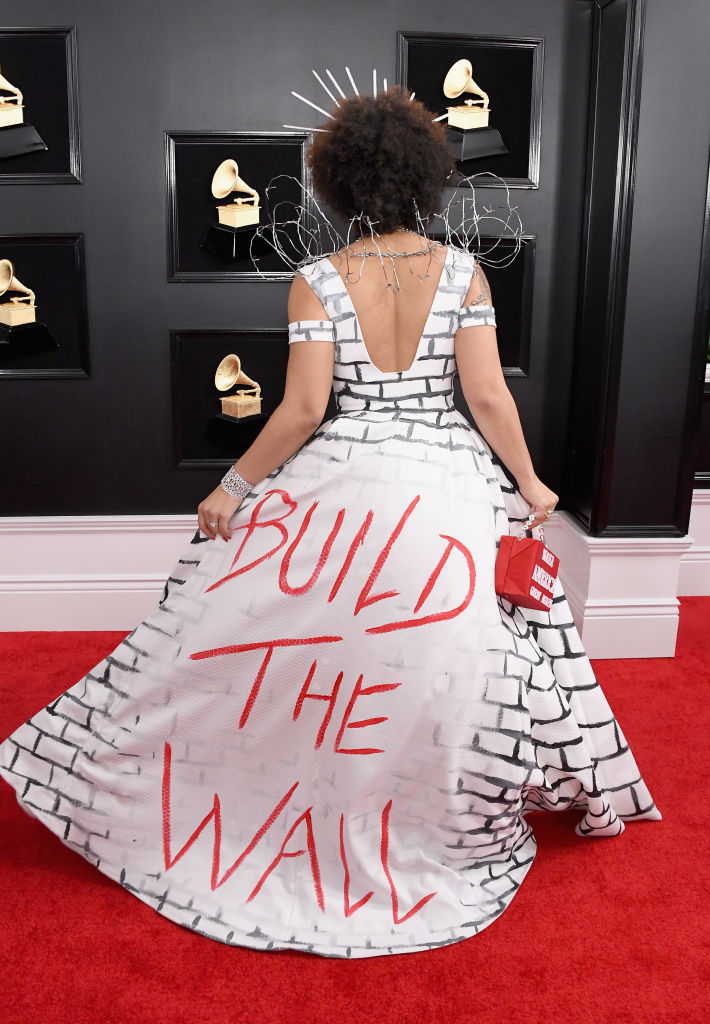 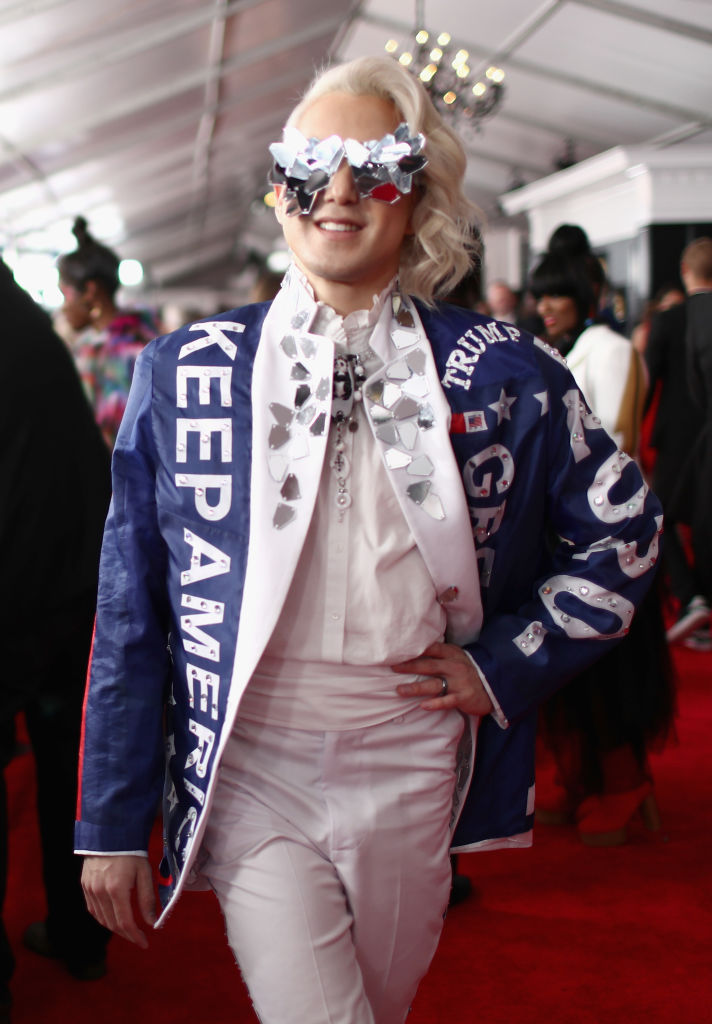 Last year, Villa wore a white gown to the Grammy Awards, making a statement on her abortion views. The anti-abortion dress was paired with a “Choose Life” purse.

In 2017, she wore a custom blue “Make America Great Again” gown to the Grammy Awards, with a glittery “Trump” along the edge.

Villa has said in previous interviews that she grew up in theatre and costumes were always a way to express herself.

“It’s an opportunity to show the world who I am on the red carpet, which to me is the same as a stage. I approach it as a show. I want to ‘wow’ people,” she told The Hollywood Reporter.

My heroes on the red carpet have always been Cher, Madonna, the wild ones; the worst-dressed or Lady Gaga with the meat dress. Who even talks about the best-dressed? No one even remembers who was best-dressed last year.”

READ MORE: Here are the Canadians to watch at this year’s Grammys