A 47-year-old man is dead after a four-vehicle collision on the Queen Elizabeth II Highway near Lacombe, Alta.

Emergency crews were called at around 3:50 p.m. on Tuesday about five kilometres north of the Lacombe Highway 12 exit.

READ MORE: Drivers stranded for over 10 hours on Highway 1 near Canmore after massive snowfall

Police said early investigation indicates that a northbound gravel truck struck the back of a pick-up truck towing a trailer, which then hit a minivan.

Police said a fourth vehicle was also hit, but was driveable after the collision.

The man who died was driving the pick-up truck, police said. The drivers of the minivan and the gravel truck were taken to hospital with non-life-threatening injuries.

The highway was reduced to one lane for about five hours while police conducted their investigation.

As the investigation is ongoing, police said no further information would be released. 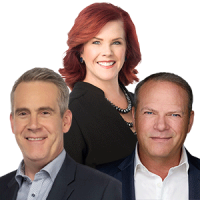