When the revival of Will & Grace returned with the four lead characters, things became more exciting as a variety of returning supporting cast members were announced to return as well.

But one big character has been noticeably missing and Will & Grace finally addressed her absence, announcing the death of Rosario midway through the newest episode. 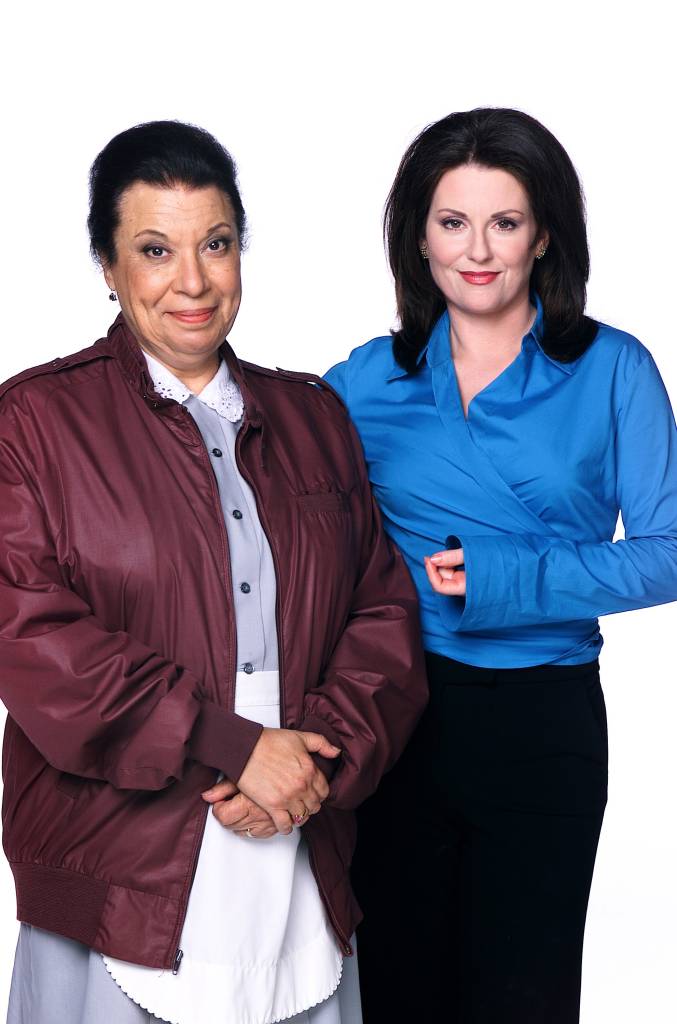 After suffering a sudden heart attack, Rosario was briefly hospitalized before ultimately passing away — offscreen.

After her death, Karen decided to give Rosario’s services a theme: a quinceañera.

Rosario’s services also brought back another fan favourite character. Lorraine Finster (Minnie Driver), Karen’s husband’s mistress, came to pay her respects to Rosario. She is the latest in a line of original actors returning for guest appearances, including Harry Connick Jr., Leslie Jordan and Bobby Cannavale.

READ MORE: ‘Will & Grace’: 6 things to expect from the comedy reboot

3:29 Will & Grace comes back to Global on Thursdays

After cracking a couple jokes, Karen tells Rosario that she loves her and the episode ends with Karen placing her hand on Rosario’s coffin and saying “Te amo, Mami,” before she sits with her one last time.

The end of Rosario’s character was due to Morrison’s, 81, decision to retire from acting, but that did not stop fans from taking to social media to express their shock over the news of her character’s death.

Omg I have tears running down my face. My heart 💔 Karen’s love for Rosario is endless and my heart hurts #WillAndGrace pic.twitter.com/4TKDkBneQA

That was the saddest #willandgrace ever. I miss Rosario! @WillAndGrace

Tonight's #willandgrace had me crying from laughter practically to the end and then I was crying from sadness. A touching tribute to Rosario

I shouldn’t be this upset about a fictional character from a comedy show dying 😞 R.I.P. Rosario Inés Consuelo Yolanda Salazar #WillAndGrace

One of my all-time favorite TV relationships – Karen and #Rosario ❤️ Rosie you will be missed. @WillAndGrace #WillAndGrace pic.twitter.com/MclSFNd80C

You know it's been an odd week when #WillAndGrace makes you cry harder than #ThisIsUs. #TeAmoMami

Mullally posted a picture with her “fren” Morrison on Twitter Thursday.

heyo. this is me and my fren #shelley morrison AKA #ROSARIO. for more, may i gently suggest u check out #WillandGrace #Tonight #9pm @nbc 🛤 pic.twitter.com/WeK8fxtsjJ

David Kohan and Max Mutchnick, creators of the hit sitcom, felt they needed to give Rosario’s character a “proper send off” when they knew Morrison couldn’t commit to a return for the revival.

“They were so rough with each other,” Mutchnick said of Karen and Rosario. “But the reason the audience responded to that was because it was clear that what was underneath that was a very deep bond.”

Will & Grace airs on Thursdays at 9 p.m. ET/PT on Global.