By The Staff CKNW

A week after news that a B.C. baby may be the first in the world to have a health card without a gender marker, a new poll suggests most Canadians are opposed to the idea of gender-neutral birth certificates.

The poll for Angus Reid Institute suggests that 58 per cent of Canadians are uncomfortable with, or are opposed to, gender-neutral birth certificates – something the Ontario government says it is working on.

“Younger respondents, those who are of the Millennial or Gen-X generation, a little bit more inclined to say that they’re supportive,” said Executive Director Shachi Kurl.

“Older Canadians are much more likely to say this is not something they would like to see happen in their province.” 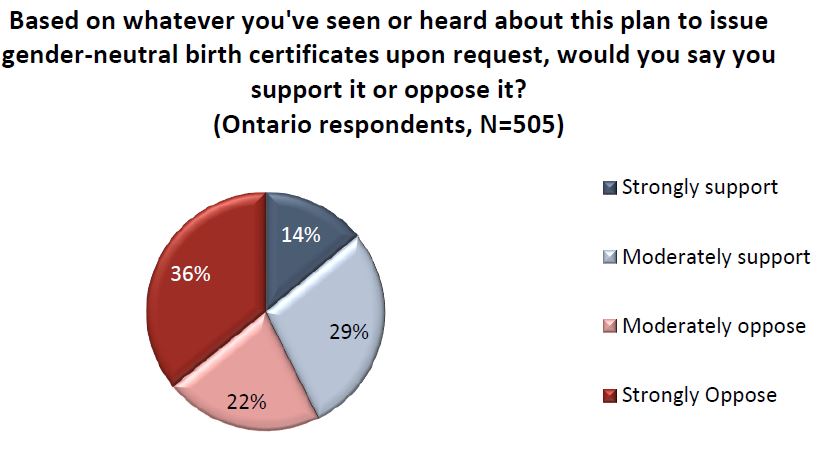 Most respondents between the ages of 18 and 34 were supportive.

“What is equally possible is you can simply have people, who are already supportive of gender neutral birth certificates, who are then consuming more news about it, because it’s something they already have an interest in or have support for,” Kurl said.

She said politics played a role; 54 per cent of those who voted Liberal in the last federal election supported the concept.

Meanwhile, 53 per cent of those who voted NDP and 77 per cent of Conservative supporters were opposed. 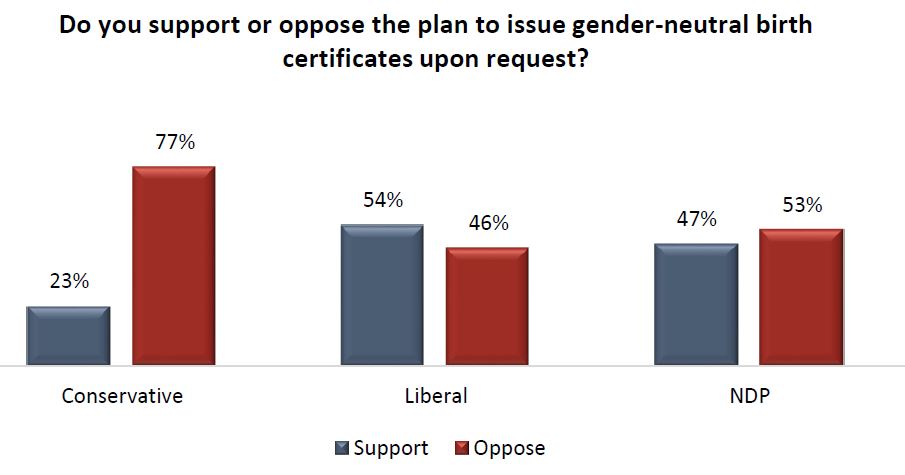 Provinces in Atlantic Canada were the only ones to have more people support the change, at 55 per cent, than who were opposed to it, at 45 per cent.

Meanwhile, B.C. saw 40 per cent of people in favour, but 60 per cent against.

It’s not surprising that most people are against the concept, said Felix Gilliland with Gender Free ID Coalition.

Gilliland said some people just like the idea of documentation, and can’t wrap their minds around letting that go.

“The reason that sex was put on these documents in the first place, was because once upon a time your gender made the difference between who could vote and who could own property. Since then, we’ve made all kinds of changes so that means that’s not the case anymore.”

Gilliland said people need to think outside the idea of identifying people by their private parts, and putting that down on a plastic card.

*The poll was conducted online from June 8-13, surveying 1,512 adult Canadians. A probability sample this size would carry a margin of error of +/- 2.5 percentage points, 19 times out of 20. Discrepancies in or between totals are due to rounding.