Calgary city council has approved creating a tunnel under the Bow River for the proposed Green Line LRT.

The tunnel option was one of five potential routes identified for the project as it transitions from the downtown core to the city’s north, which requires crossing the Bow River.

The route means the Green Line LRT would run underground from the Beltline, under 2 Street S.W. and the Bow River, resurfacing at approximately 20 Avenue and Centre Street North.

On Tuesday, councillors voted 10-3 in favour of the tunnel option in principle, which means it will only go forward if the funds come through. If not, then the City of Calgary will have to decide on another option.

At $1.95 billion, the tunnel was more expensive than any of the four other options considered.

“This is the one that most of the stakeholders – meaning the community associations, the businesses around – are looking for as being the choice,” Ward 14 Councillor Peter Demong said. 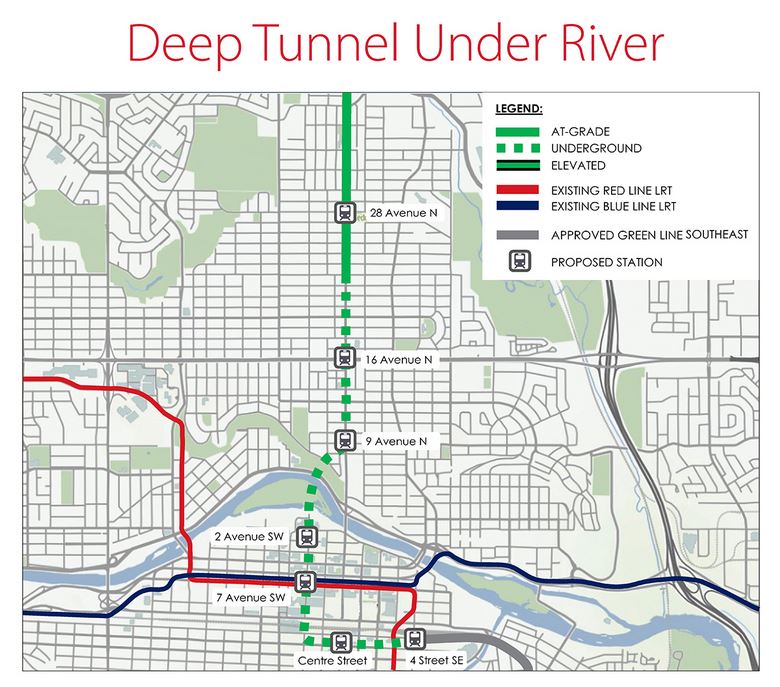 The Green Line would wind from North Pointe to Seton, adding 40 kilometres of track to the existing 59-kilometre LRT system. It’s estimated it would serve 41 million passengers annually.

The entire project is estimated to cost between $4 billion and $5 billion.

The City of Calgary has committed $1.56 billion over 30 years for the new line and the federal government has pledged $1.53 billion from the Public Transit Fund, but funding discussions with the province haven’t yet finished.

“We’re honestly hoping that the province will come forward with the exact same amount of $1.5 billion which would give us $4.5 billion,” Ward 12 Councillor Shane Keating said. 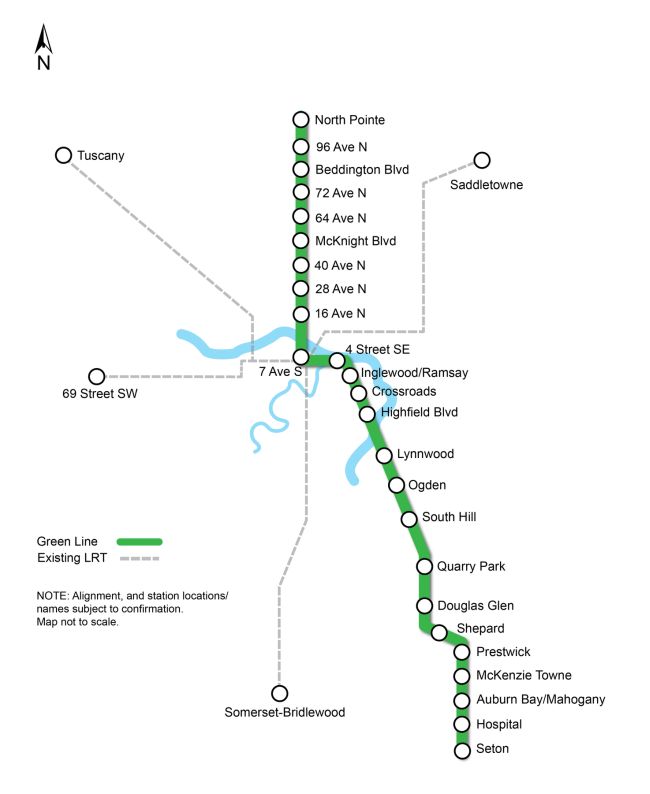 With files from Tracy Nagai