Edmonton’s K-Days by the numbers

It’s a massive event that attracts hundreds of thousands of visitors every year and the 2016 edition of Edmonton’s K-Days exhibition gets underway Friday when the K-Days Parade snakes its way through the heart of downtown.

After the parade, it’s all about the music, midway, munchies and the rides.

So just how big is one of the biggest parties of the year in Alberta’s capital? Here’s a look at K-Days by the numbers.

70,000 to 80,000 – The number of people organizers say are funnelled through the gates every day. They say those numbers are even larger on weekends.

92- The number of food vendors scattered throughout the midway. The midway always serves up delicious and certainly different delicacies every year. One of this year’s unique offerings is the rainbow grilled cheese sandwhich.

“We’ve taken mozzarella, a little bit of cheese curds and provolone and kind of double boiled (and) melted them to the point where they’re not liquid, but almost like a cheeseball,” food vendor Jason Au said.

53 – The number of rides being offered at K-Days in 2016, courtesy of North American Midway Entertainment.

“Over the last 20 years, upside down has always been a really big thing,” Scooter Korek, with North American Midway Entertainment, said. “The Zipper is a testament to that.”

10 – The number of times Rexall Place’s seats could be filled up if you stuffed the Oilers’ former home with all the stuffed animals given away at K-Days.

For more information on how to watch the K-Days Parade in-person, on television, or online, click here.

-With files from Shallima Maharaj.

Watch below: Excitement is starting to build as Edmonton gets set to welcome one of its favourite festivals. Gord Steinke has a preview of the 2016 edition of K-Days. 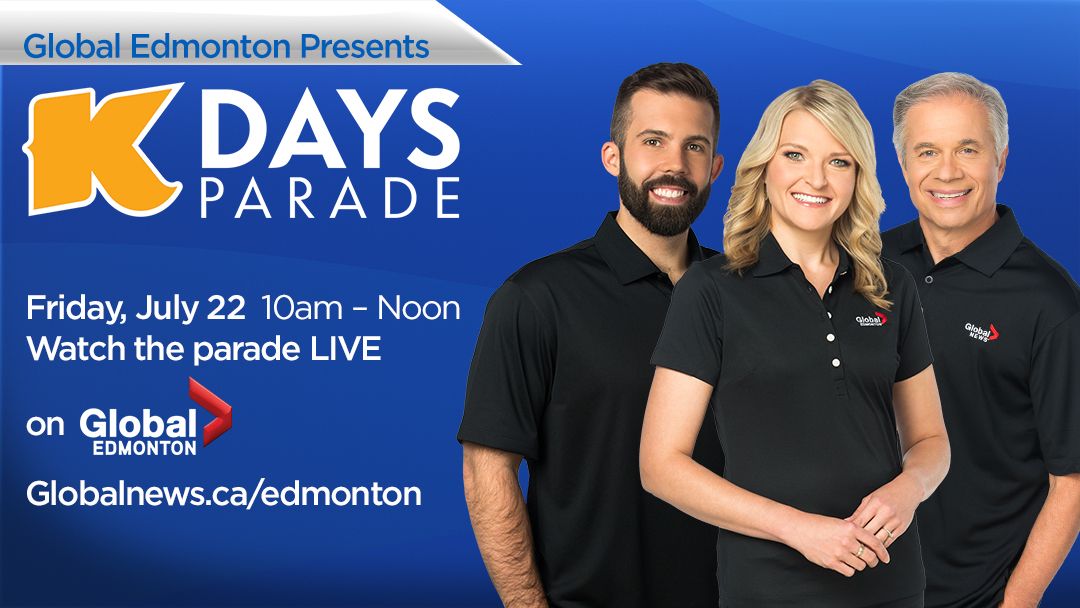