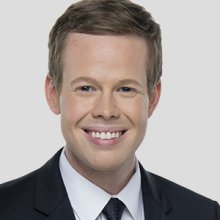 Jordan Armstrong is proud to work at Global BC. It’s the station he grew up watching (when it was known as BCTV).

He got his start in radio in late 2008 and spent more than five years reading and reporting the news for CKNW. He covered everything from the Olympics to forest fires.

In 2012, he began as a part-time writer for Global News Morning, and joined the station full-time in 2014 as a reporter and anchor for BC 1. Jordan now anchors Global News at 11 on weekdays.

Away from work, he enjoys skiing, walks on the seawall and planning his next travel adventure.