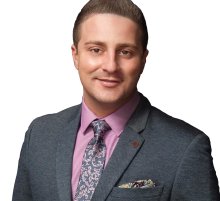 Joe joined the Global Winnipeg team in April of 2018 as a reporter, filing stories for television, radio and online. A passionate journalist, Joe is a trusted voice covering everything from community events to breaking news.

From connecting with people on the street to filming and editing video for broadcast, Joe has shared what matters in Manitoba on a local and national scale.

Although based in downtown Winnipeg, Joe has travelled many miles to capture the news: from Gillam during a Canada-wide manhunt, to Virden after a deadly tornado touched down, and into Saskatchewan for the shocking discovery of hundreds of unmarked graves near a former residential school.

One of his career highlights was reporting live as the devastating wildfire made its way through Waterton Lakes National Park in southern Alberta. Joe was part of the coverage that won Global News a national RTDNA award for best newscast.

Joe grew up in Vaughan, Ont., and is a graduate of the College of Sports Media in Toronto. He enjoys visiting family and friends back home whenever he can.