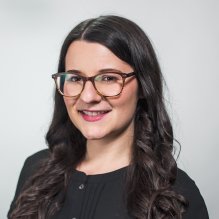 Previously, she was the Supervising Video producer at Maclean’s and MoneySense, where she produced, edited and directed original, long-form explainers and series, including the award-winning personal finance series, What the Finance?

Elizabeth loves to travel and has an affinity for learning new languages. She is ambipedal and enjoys dancing on the soccer field, riling up the stands with the occasional nutmeg.