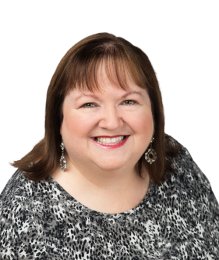 Eileen Bell joined the team at 630 CHED in 1984. In her time at CHED, Eileen has hosted talk shows, election coverage, telethons and military events. She has spoken with seven Canadian prime ministers and interviewed a wide variety of influential figures from the worlds of sports, politics and entertainment.

She has broadcast during tornados, wildfires, political overthrows and a royal visit.

Her favourite moments include a broadcast breakfast with Wayne Gretzky, chatting with her heart-throb Donny Osmond, dinner at 24 Sussex Drive and participating in media stand-up comedy challenges.

Eileen feels she has also had the chance to work with some of the most talented and hard-working broadcasters Canada has ever seen or heard.

Prior to working at 630 CHED, Eileen worked for CKRD-AM and CFCR-FM in Red Deer, Alta., where during her three-year tenure she became News Director.

Eileen began her broadcast career in 1978 in Provo, Utah, where she worked for KBYU-FM and KBYU-TV.

While working in radio news and television production, Eileen also freelanced for ESPN and NBC-TV on Brigham Young University football and basketball games.