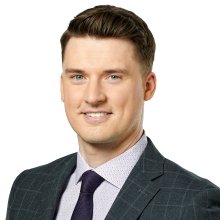 Returning to the province where he got his start, Blake Lough joined the Global Calgary team as a digital journalist in March 2018.

Raised in the Ottawa Valley and educated at Niagara College in southern Ontario, he made his big move west in 2014 to work for Global Lethbridge. There, he covered major stories like the high-profile Derek Saretzky murder case and the 2015 Alberta general election.

Blake spent two years with Global Regina as a reporter, anchor and producer, winning national awards for his storytelling, including the Dave Rogers Award for Best Long Feature for his story on Saskatchewan’s culture of drinking and driving.

When he’s not chasing the news, Blake spends as much time as he can in the mountains, exploring the trails around Canmore with his relatives. He’s also a big sports fan — playing hockey, golf and volleyball.