London police have charged a 54-year-old London man who works for the City of London with arson after a fire at the former River Road Golf Course in east London caused roughly $1 million worth of damage earlier this month.

Following an investigation, Michael Peter Belanger of London has been charged with one count of arson causing damage to property.

The City of London has confirmed to Global News that Belanger is a supervisor on the city’s fleet team.

“We have been shocked and deeply concerned by the fire at River Road. It is an act of violence that has put some of London’s most vulnerable people at greater risk by compromising the temporary Indigenous-led winter shelter proposed for this site,” city manager Lynne Livingstone said in a statement.

“Our focus now will be to continue to work with our community partners to identify an option to ensure we can provide an Indigenous-led temporary shelter site for the winter.”

Livingstone said in her statement that the city will be co-operating fully with police and that all employees are held to “a high level of accountability.”

“I was shocked and deeply concerned by the fire at River Road. It’s such an act of senseless violence that put some of London’s most vulnerable people at greatest risk,” said London Mayor Ed Holder.

Fire crews responded to the scene around 8:05 a.m. on Nov. 7 and arrived to find the clubhouse of the former golf course fully engulfed.

No injuries were reported. The fire caused roughly $1 million in damage to the clubhouse, which was set to be a part of the city’s winter response to homelessness, with River Road being used specifically to serve up to 30 Indigenous people.

Although the trailers marked for the initiative were not damaged in the fire, Atlohsa, the organization set to run the Indigenous response, said there are a lot of questions around if the site is still usable and if it’s safe to run.

“It felt not coincidental this took place two days after we publicly announced our support for this location and using it,” Andrea Jibb, director of community planning at Atlohsa Family Healing Services, said during an interview with Global News last week.

“We have some safety concerns, I would say, in the event this was a suspicious fire — is it safe to operate out of this location, and even if it is, we will have a bit of reminder with a large burned-out building that potentially we weren’t wanted there.”

Jibb told Global News in a previous interview that Atlohsa had been looking forward to operating at the golf course because it would allow them to use the land to help people reconnect with their culture, and that the remoteness of the location was something that would help.

If the site at River Road is no longer viable, Jibb said they are working with the city to come up with a similar option that would have access to the land. At this time, she said they are struggling to find other options that would work.

At this time, the city and Atlohsa have not released any updates on whether the site is still a viable option for the program, or if a new location has been selected.

The accused is scheduled to appear in London court on Feb. 7, 2022, in relation to the charge. 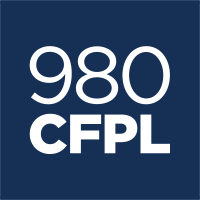