It’s been a busy week for COVID-19 in London, Ont., following the declaration of a third outbreak on Friday amid a surge in new cases.

Local heath officials are now calling for restrictions imposed on Toronto, Peel Region and Ottawa to be extended to London and Middlesex County, which would limit private gatherings to 10 people indoors and 25 people outdoors, down from 50 and 100, respectively.

Since Sept. 11, 39 cases have been reported among students at Western University, prompting a plea from the university’s president in the form of a letter to students.

“I’ve heard from many of you that you appreciate the hybrid model Western planned for this unprecedented year — but that model is in jeopardy if cases continue to rise,” wrote Alan Shepard.

“Now is not the time to take risks with your health and the health of others around you who may be more vulnerable to this illness than you … please follow the rules so that we can continue the school year together.”

“Now is not the time to take risks with your health and the health of others around you who may be more vulnerable to this illness than you." Read the full message to #WesternU students from President Shepard here: https://t.co/Wa3OzWOz1l #ldnont pic.twitter.com/8c4ZVHjlFU

While Shepard’s letter mentions Western’s hybrid model, which provides mostly online courses with some in-class instruction, being at risk, students who spoke with Global News expressed concerns about containing the spread of COVID-19 in London.

Myles Marques and Braeden Gee are in their fourth and fifth years at Western, respectively, and both live off-campus.

Marques said he thinks increased restrictions on private gatherings would be helpful, adding that he thought the 50-person limit for indoor gatherings was sometimes misinterpreted.

“I think (people) thought they could have 50 people over, but didn’t think about the size of room maybe, so now that we’ve kind of gone back and said, ‘hey, maybe we should reconsider having so many people in a small space,” things should get better I’m hoping,” said Marques.

“I am a bit worried that places would be shut down because a lot of the Western experience is being able to go downtown, enjoy yourself and socialize a bit with other people,” Gee added. 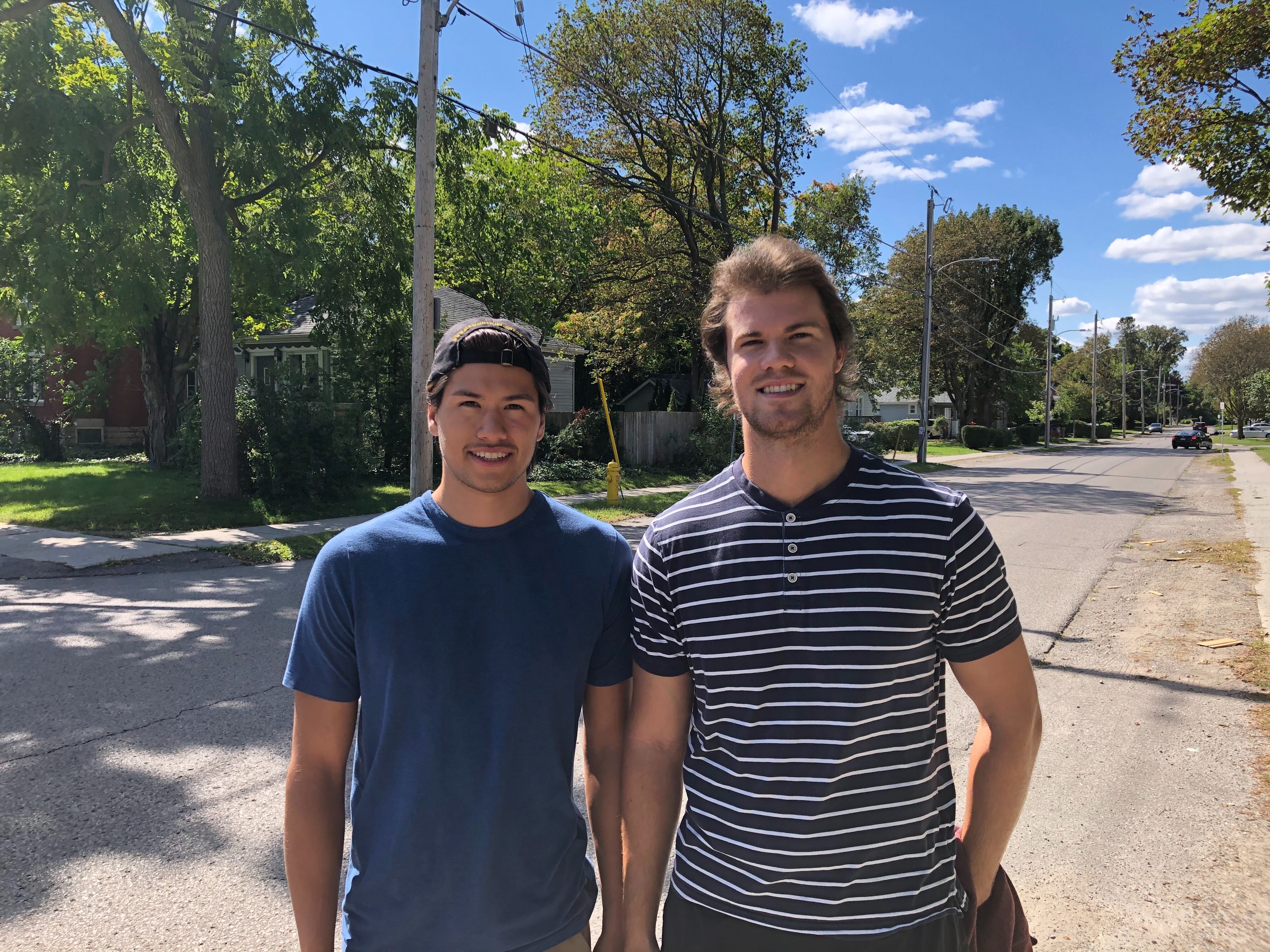 Darina Urathu, Lily Maric and Renee Rathwell are all in their third year at Western and live off-campus in a north London neighbourhood filled with student housing.

“It’s kind of irritating when you try your best to do your part and then some people don’t and then we all have to suffer as a consequence,” said Urathu of the new cases.

The three students added that the rising cases have led to a change in attitudes among their peers.

“Things have definitely quieted down,” said Rathwell. “Last week, there were a lot more house parties. You could hear music and people going to things, but not anymore as much.”

Maric added that she approves of increased restrictions on private gatherings.

“I think that’s the only way that people will not throw huge house parties… hopefully, if people do follow the rules, things can change in a few weeks or months,” said Maric.

Read more: Anger from London, Ont. mayor amid growing coronavirus outbreak: ‘You are going to kill someone’

Tess Chapman is third year student at Fanshawe College who lives in a neighbourhood a few blocks south of Western campus.

After seeing the rise in cases, she’s already considering a move back home come Thanksgiving.

“If I knew that was going to happen, I could’ve just stayed in Toronto the whole time and not have to move all my stuff up here,” said Chapman, adding that her housemates have also considered going home.

Chapman said she’s disappointed and annoyed in the new cases and expressed frustration for those who flout COVID-19 guidelines.

“People are out there, doing whatever they want, no mask, not being cautious, with a group of 20 people,” said Chapman.

“I’ve went out… just with my housemates, wearing a mask, in-and-out, putting on hand sanitizer. It doesn’t take that much to be a smart person and not make stupid decisions.”

Chris Drummond and Jesse Bolton are Londoners who live downtown and say they’ve noticed plenty of activity in the bars and houses nearby.

“Especially the last couple of weeks. I’ve been seeing a lot of big groups walking back and forth from, I’m assume, parties and what not and downtown the bars have been especially packed,” said Bolton.

While health officials have linked a number of cases to incidents downtown, the two remain hopeful they won’t be infected, so long as they follow health guidelines.

“I’m not too concerned about walking around or anything, but I guess it’s in the back of your mind,” Drummond said.

“Definitely, I will try to avoid being in busy bars,” added Bolton. “You never know who has it.”

The Middlesex-London Health Unit has now declared its third outbreak this week after three employees tested positive at the Walmart at 1280 Fanshawe Park Rd. W., near Hyde Park. The first two outbreaks were associated with gatherings involving Western students.

“The spread of the illness in Western students is virtually all linked to partying in bars and restaurants or in private homes,” regional medical officer of health Dr. Chris Mackie said on Friday.

“From our community’s perspective, this is a second wave.”