Members of Edmonton’s Ethiopian community gathered at the Alberta Legislature on Friday.

The group called on the Canadian government to denounce the Ethiopian government and take action when it comes to growing unrest in the country.

Authorities say at least 239 people have been killed in protests in Ethiopia following the assassination of the popular singer Haacaaluu Hundeessaa on Monday night. The protests spread from Addis Ababa to the surrounding Oromia region.

The musician had been a rallying voice in anti-government protests that led to Prime Minister Abiy Ahmed taking power in 2018. 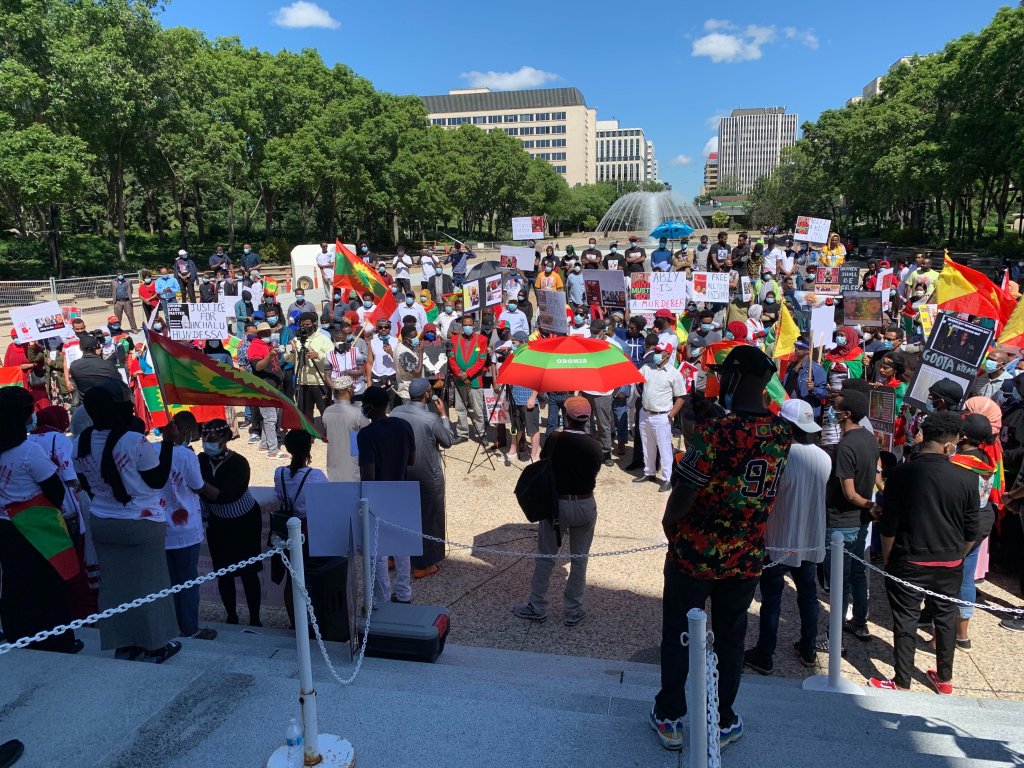 Read more: 156 dead in Ethiopia after protests erupt over death of singer

Ethiopia’s attorney general says two people have been arrested in relation to the killing of the musician that sparked the unrest and a third is on the run.

The official said the two confessed, claiming they had been instructed by rebel group the Oromo Liberation Army with the goal of inciting anti-government emotions and causing tensions between the Oromos and Amharas.

“There is a problem in Oromia. We are protesting these inhumane actions,” said Berenda.

On July 12, a candlelight vigil was held in Calgary for those killed in the attacks by a separate group.

Organizer Solomon Bassore said other members of the Ethiopian community are concerned the events in Ethiopia have been falsified by extremist groups.

“We are trying to show the other side of the story. We are sending the message to the Ethiopian government to continue cracking down on the extremist groups,” Bassore said.

He said they hope the government is able to bring an end to the violence within the rule of law.

“We are all Ethiopian. We are everybody. We had many different people from all regions at our event.”

Bassore said they encouraged participants to contact their Calgary MPs to help the “Canadian government get a better picture of what’s happening in Ethiopia.”

The military was deployed and the Oromia regional police commissioner says nearly 5,000 people have been arrested.

“But, because of COVID-19 we had limited participants here,” said Berenda. “It is a young, emerging community in Edmonton.”

The group marched through the downtown area, finishing at Queen Mary Park.

– With files from the Associated Press