Operation LASER: A timeline of the Canadian Forces deployment to seniors homes

Twenty-nine soldiers working in long-term care facilities in Quebec and Ontario have now tested positive for COVID-19, according to the Canadian Armed Forces.

The troops are part of Operation LASER, which sent them into seniors residences to help with staff shortages.

In a normal spring, Canadian soldiers might be working on flooding relief or forest fires in the north. The novel coronavirus has forced the Canadian military into a new role.

Vance tells troops across Canada to “stand by and be ready” for whatever deployment comes.

The death toll in long-term care facilities starts to build. In Ontario, 40 seniors are believed to have been killed by COVID-19, and another 15 in Quebec. 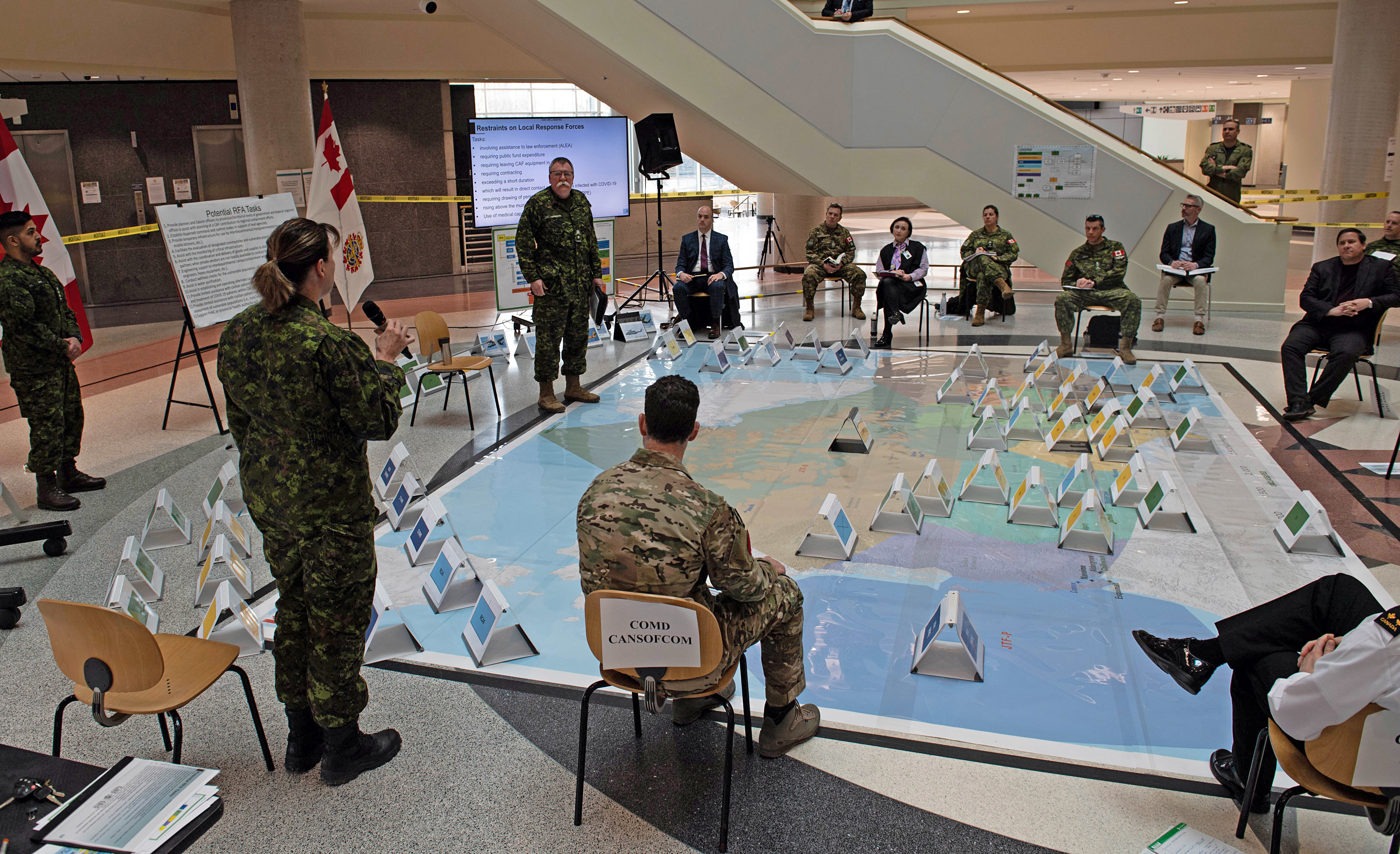 Quebec long-term care centres are short 1,200 staff members due either due to illness, as a precaution, or out of fear of being infected. Quebec Premier François Legault calls for other health-care workers to help out, but says he’s open to military assistance.

Prime Minister Justin Trudeau says Ottawa “will respond to any request they ask of us, whatever that might be.”

Canadian troops begin scouting missions to long-term care facilities to determine what is needed and where.

Visiting a facility in Montreal, Lt.-Cmdr. Heather Galbraith says “people were clapping” when her team showed up.

Sixty-five troops move into five Quebec residences — that number will double to 130 within a few days. The first phase is troops with medical backgrounds able to jump right into the action.

Cpl. Mathieu Bergeron is part of the team at the Villa Val des Arbres residence in Laval, Que.

“We barely go in and we were already knees deep in it. We were put to work as fast as they could.”

Premier Legault makes an official request for 1,000 more troops to help in long-term care centres. The province says outbreaks in 80 facilities are out of control.

While the first request was limited to troops with medical training, this time the premier says they need hands.

“The situation in seniors residences is still critical. Today we’ve asked the federal government to send a thousand soldiers. It will give us more resources to help with non-medical tasks.”

Teams of soldiers are given a crash course in what to expect when deployed in long-term care facilities. The four-hour training sessions are given by the Canadian Red Cross.

“When they get into the CHSLD (residences), they might be teamed up with people that are already there to show them the finer things,” says Michelle Mercier, prevention and safety director for the Canadian Red Cross.

Soldiers are deployed to five long-term care facilities in Ontario and 13 in Quebec.

At one particularly hard-hit residences, Vigi Mont-Royal in Montreal, troops set up a pair of tents in the parking lot.

Asked how much having the soldiers has helped the staff, nurse Martine Robichaud answers with exasperation.

“How much? How much? It lets us breathe, and feel that there’s solidarity,” she says.