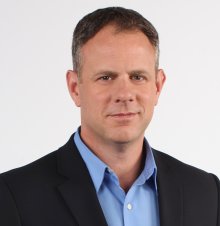 Mike Armstrong has been with Global National since it first hit the airwaves in September 2001. He was also one of the original cast of characters when Global opened its station in Quebec in September of 1997.

As the national correspondent for Quebec, Mike has covered stories in every corner of the province – riots, floods, elections and, of course, a referendum.

His job has taken him beyond Quebec as well, to cover some of the biggest stories of this generation, such as the tsunami in Indonesia, Hurricane Katrina in the Gulf, the earthquake in Haiti, and the war in Afghanistan.

Mike is proud to say he has had the privilege of reporting from every single province in Canada, an accomplishment that came to fruition thanks to a cross-country road trip he made during the 2011 federal election campaign.

One of Mike’s career highlights was in 1997 during the Quebec ice storm. Sent out to cover how families were coping, Mike found a couple in their late 80s who refused to leave their home. The story won a national award, but that’s not what made it so special. The story was told in the first person and the subjects… were his grandparents.