Statistics Canada says the annual pace of inflation held steady in December as higher energy prices were offset in part by slower growth in the price of fresh vegetables. The agency says the consumer price index in December was up 2.2 per cent compared with a year ago, matching the year-over-year increase in November. 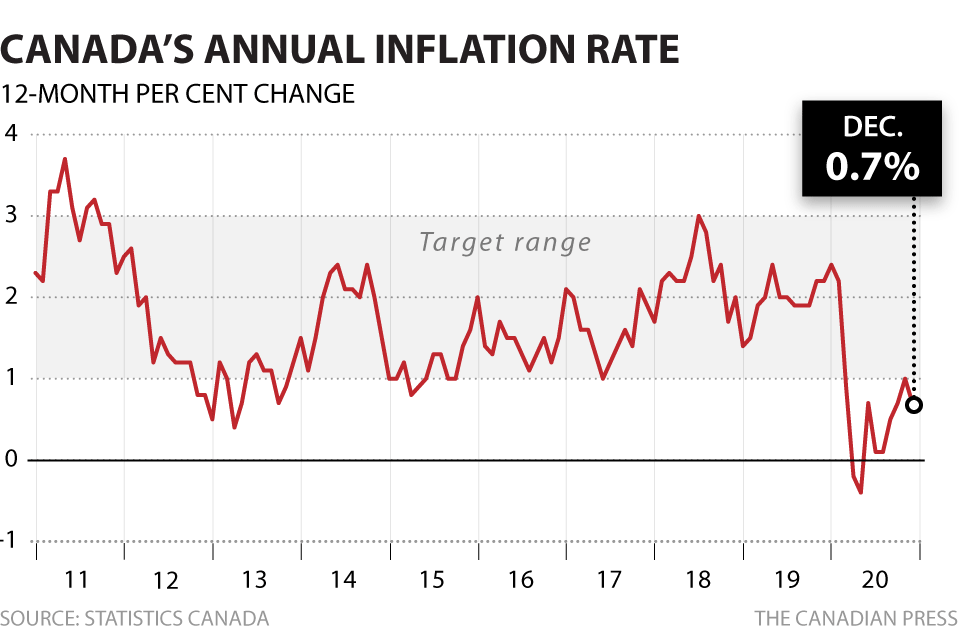 The year-over-year growth in fresh vegetable prices slowed to 1.5 per cent in December compared with an increase of 7.1 per cent in November.

READ MORE: How carbon pricing works across the country

Excluding gasoline, the consumer price index was up 2.0 per cent, which Statistics Canada says was the smallest increase since November 2018. The average of Canada’s three measures for core inflation, which are considered better gauges of underlying price pressures, was 2.10 per cent compared with a revised figure of 2.13 per cent for November.