A commotion broke out during a climate change strike in Montreal after a man reportedly attempted to lob eggs at Liberal Party Leader Justin Trudeau.

As thousands marched down the street on Friday, Trudeau’s security detail pounced on a man in the Liberal leader’s vicinity.

READ MORE: Here’s what to know about Friday’s climate strikes in Canada

In a video of the incident, the man is quickly pinned to the ground by two of Trudeau’s personnel.

Global News has confirmed that the man in had eggs in his hands. RCMP has since confirmed one man was arrested.

Reports from the scene suggest that several eggs — possibly a whole carton — were visible on the ground.

Trudeau was not hit by anything.

Trudeau appeared unfazed by the commotion and continued to wave at spectators and greet protesters.

Thunberg is the force behind the movement that inspired the global strikes, called #FridaysForFurture.

This week has been dubbed “Week for the Future” and started with a climate meeting at the United Nations on Monday where Thunberg levelled harsh criticism at world leaders over inaction on the climate crisis.

Thunberg met with Trudeau in his capacity as prime minister ahead of Montreal’s march.

The 16-year-old told Trudeau the same thing she tells all leaders — “Just listen to the science.”

Protests kicked off on Canada’s East Coast at around 11 a.m. local time in St. John’s. Memorial University students, who were granted “academic amnesty” for their absence on Friday, flocked to the school’s clock tower. Many were holding signs denouncing Newfoundland and Labrador’s oil extraction industry.

In Halifax, hundreds of people gathered in Victoria Park for the protest before taking the march through the centre of the city to the Nova Scotia Power headquarters. 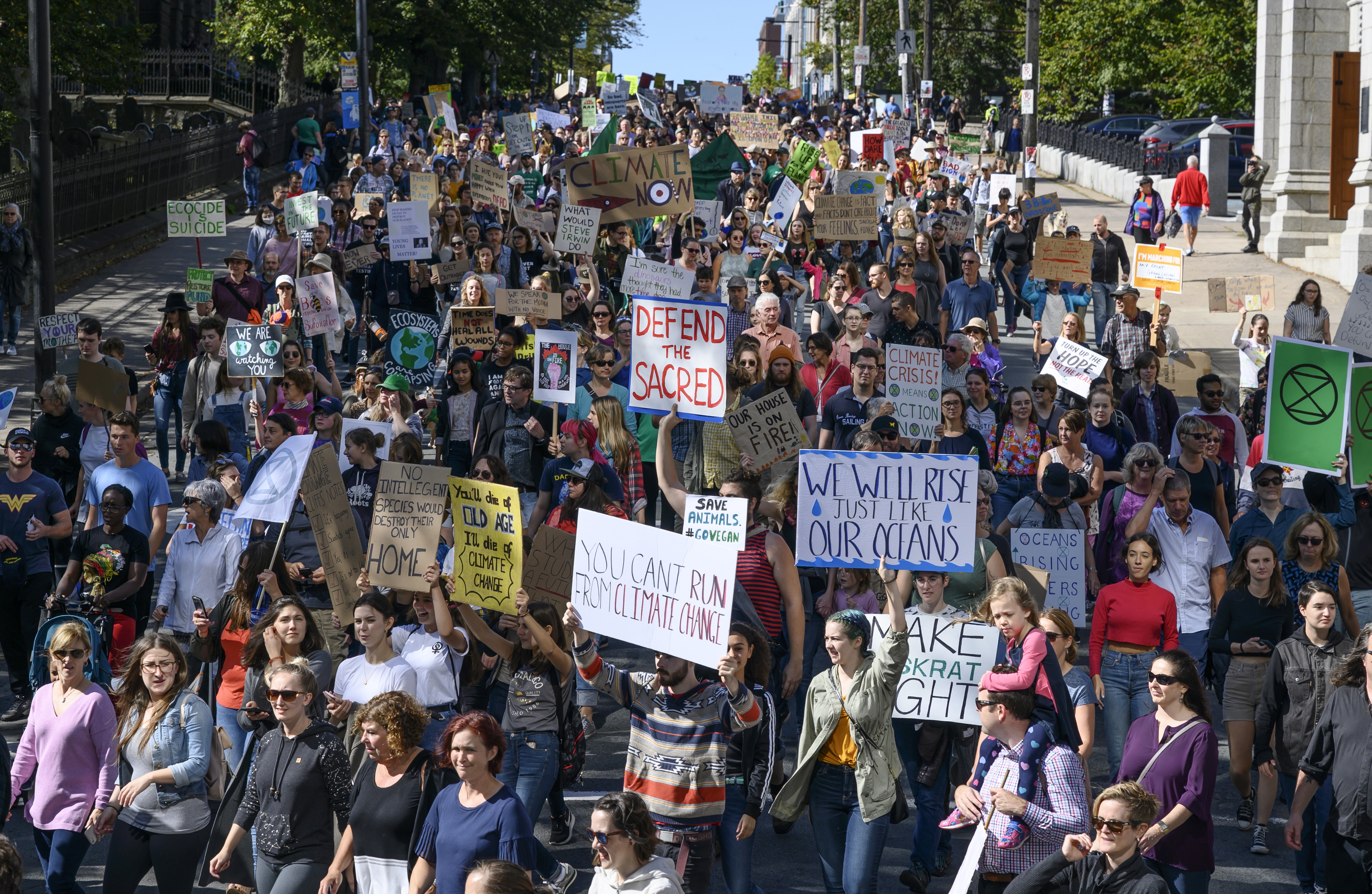 In Montreal, the massive rally kicked off with a speech by Thunberg and an announcement from Trudeau.

When asked about the sit-down with Trudeau, Thunberg said he’s “obviously not doing enough.”

“This is such a huge problem, this is a system that is wrong,” she said.

In Montreal, a group of young women carried a sign that said: “We are skipping our lessons to teach you one.” 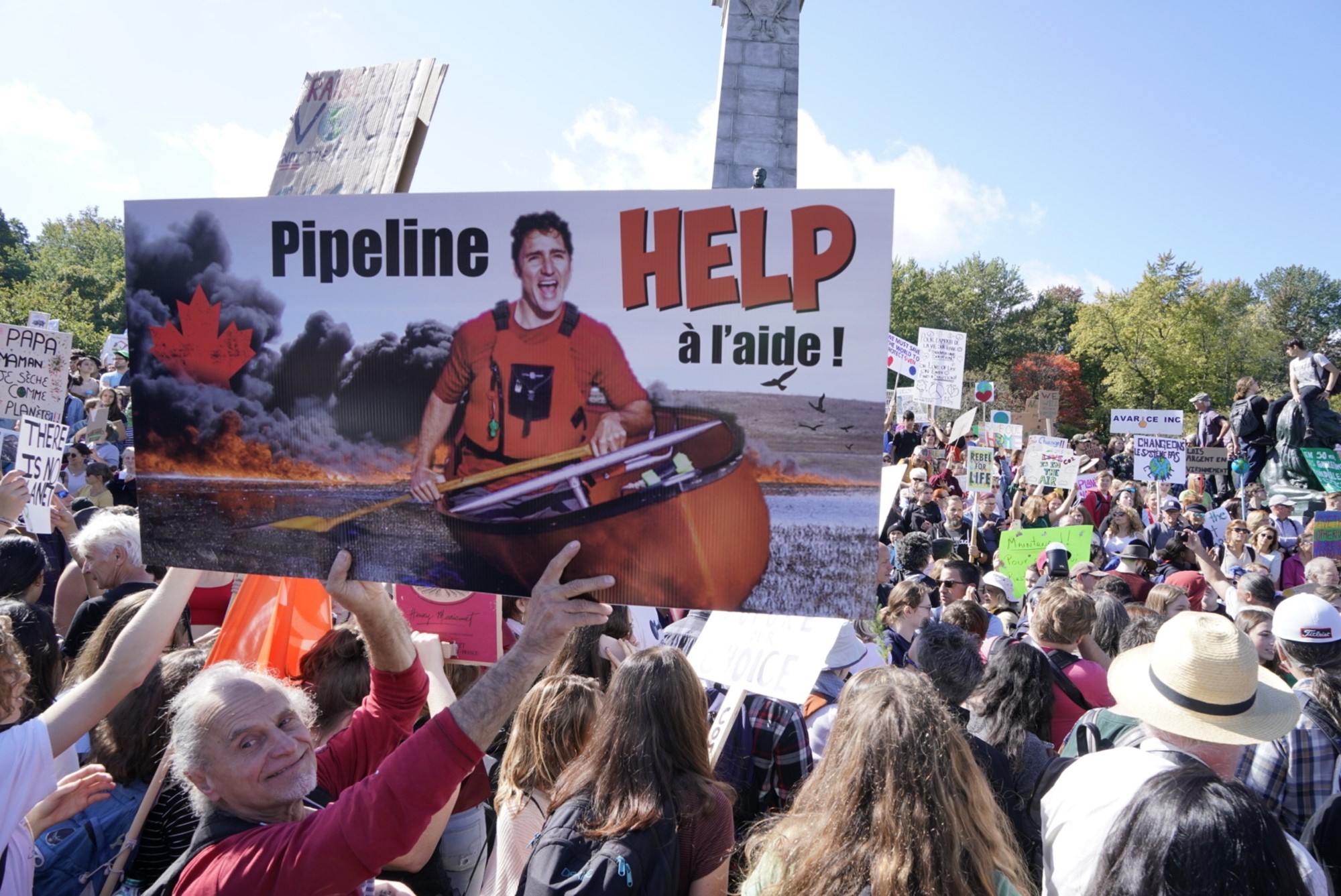 Thousands of protesters flooded the Ontario legislature in Toronto for a climate strike in which activists, including First Nations activist Caroline Crawley, addressed the crowd.

A Facebook event page for the Toronto march noted that a moment of silence would be held for those killed by climate change.

In Vancouver, police estimate around 80,000 protesters showed up, but there were no major public safety issues. In Victoria, B.C., fire officials estimated around 20,000 people protested. More than half a dozen cities in British Columbia hosted climate change demonstrations on Friday.

Protests also took place in Edmonton, Calgary and Regina, though “die-in” protests were held in some of the cities last week.

Earlier on Friday, young people around the world took their demands to the street in places such as India, the Netherlands and Italy.

In New Zealand, more than 300,000 were said to have marched in a climate change protest — more than 3 per cent of the country’s entire population.