As photos and video have emerged showing Liberal Leader Justin Trudeau in brown- and blackface, experts are pointing to the larger societal issues that give rise to this type of racism.

“What’s important to think about is that he is participating in a much more widespread societal trend of this kind of humour that disparages and ridicules black people,” Philip S. S. Howard, a professor in education at McGill University who has researched the history of blackface in Canada, told Global News.

“I like to be cautious about the ways that these get mobilized as a result of an individual character flaw rather than what they are more accurately, which is deeply embedded racist logic in our society that helped make this kind of thing be considered funny.”

Upon seeing the images of Trudeau on Wednesday, Howard said he was not shocked.

“When we talk about blackface, Canadians tend to be very smug and say that’s the kind of thing that (only) happens in the U.S.,” Howard said.

As part of his research, Howard has compiled a timeline of incidents of blackface in Canada that stretches back to the racist minstrelsy performances of the 19th century, including a troupe dressed up as Ethiopian burlesque minstrels in Bridgetown, N.S., in 1853.

Contemporary examples often include people dressing up in blackface on post-secondary campuses.

One example is a 2014 incident at Brock University in St. Catharines, Ont., in which four students dressed up in blackface as members of the Jamaican bobsled team during a Halloween pub night. In 2013, a Halifax MLA apologized after he tweeted an image of himself posing with a Christmas character in blackface.

On Wednesday, Time magazine first published a 2001 photo of Trudeau in brownface, dressed as the character Aladdin during an end-of-year dinner at the Vancouver private school where he was a teacher at the time.

The event was “Arabian Nights”-themed, and the photo showed Trudeau with a group of women with his hands and face blackened with racist makeup.

Later on Wednesday, another image came to light of Trudeau wearing blackface at a high school talent show that appears to show him in racist makeup and an afro.

WATCH: Mixed reaction to video and pictures of Justin Trudeau in racist makeup

A Liberal spokesperson confirmed to Global News in an email on Thursday morning that the image is of Trudeau.

“We can confirm that it is him and it was taken when he attended a high school talent show at Collège Jean-de-Brébeuf in the late 1980s,” the spokesperson wrote. A spokesperson for the school told Global News in an email that the school did not have more details about the photo.

On Thursday morning, a second photo from the Arabian Nights evening featured in a high school newsletter was uncovered by Canadaland, showing Trudeau with his arms wrapped around two men who appear to be Sikh. All three men are smiling.

Global News has also obtained a video showing Trudeau in blackface. It is the third instance of the Liberal leader wearing racist dress coming to light in less than a day.

A senior member of the Liberal campaign confirmed it was Trudeau early Thursday morning but would not comment further. The spokesperson referred to Trudeau’s comments on the matter from Wednesday evening.

The newsletter still exists in an archive on the private school’s website and was found via the Wayback Machine.

In the newsletter, the school touts the gala as an “outstanding evening … with new and old friends, teachers and staff all getting together to celebrate the wonderful school community we have formed.”

The school, West Point Grey Academy, said Thursday the event was organized by a “culturally diverse” group of parent volunteers. It was intended to be “celebratory and respectful.”

“That said, cultural sensitivities have evolved over the past 18 years, and I want to reaffirm that all school programming, activities and events aim to be progressive and inclusive,” Stephen Anthony, head of the school, said in a statement.

Other photographs are included showing attendees dressed in costumes. None of the photos published in the newsletter appears to show anyone else wearing brownface.

In a press conference on Wednesday evening shortly after the Time magazine piece was published, Trudeau apologized for his actions and said they were racist.

“I shouldn’t have done that,” he said. “I should have known better but I didn’t and I’m really sorry.”

When probed about other possible instances, Trudeau admitted he performed at a high school talent competition “with makeup on.”

The Liberal leader said that, at the time, he did not know wearing the makeup was racist. He said he now knows that it is.

WATCH: Trudeau’s full apology after 2001 photo of him in brownface emerges

During his address Wednesday, Trudeau was asked whether there were any other occasions when he was concerned that he was being racist.

“I think it’s been plenty. The fact of the matter is that I’ve always — and you’ll know this — been more enthusiastic about costumes than is somehow, is sometimes appropriate,” he responded.

“But these are the situations that I’m correcting.”

Trudeau also said that he wore makeup and dressed up to sing Day O, also known as the Banana Boat Song, in a high school talent show but did not reference any other instances of when he wore brownface or blackface. 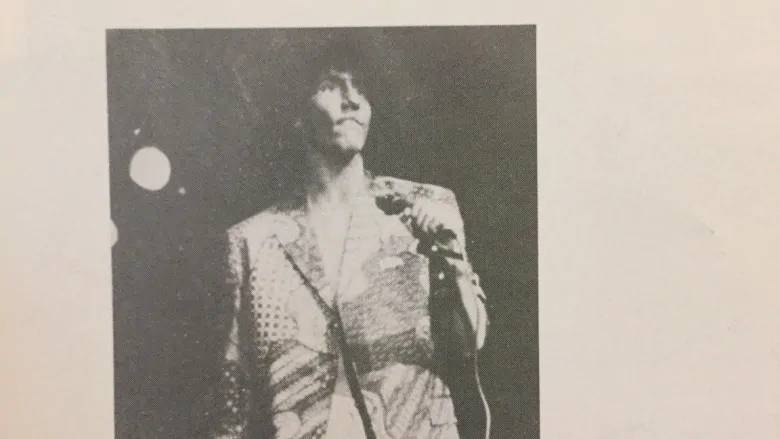 Moving forward, Howard said he is hoping for a deeper conversation, and strategies put forward, that confronts ongoing racism in Canada — for example, in the legal system, education, and the child welfare system.

“If we think of this as a much larger societal issue in which we’re all embedded, then that kind of response, at least to me, and often for black communities, rings very hollow,” he said.

“What are the kinds of strategies that we can use to deal with the rampant anti-blackness that is actually foundational the way that we live?”

Howard continued to say that incidents involving blackface frequently happen in places such as educational institutions.

“This happens in these areas with the kind of tacit understanding that we all think this is OK and we all find this funny,” he said. “And I’ve actually had research participants express the idea that it wasn’t a problem because there weren’t any black people around.”

Howard pointed to the lack of black studies programs in Canada, saying that there are only a couple.

Cheryl Thompson, a professor in the School of Creative Industries at Ryerson University, told Global News that she also was not all that surprised when she first saw the images of Trudeau.

“I was only surprised given who it was, and given the things that he’s always said about diversity and inclusion and multiculturalism. That was the only thing that surprised me. But I wasn’t shocked to see that he was in blackface,” Thompson said.

That is because she herself has seen people around her dressing in blackface, on campus and in high school.

“People are drinking, and you’re behind closed doors like people just act a lot looser,” she said. “I’ve had things happen to me at parties that I was like whew that was a little racially off. And when I saw that person out in public they weren’t acting that way.”

As someone who has voted Liberal federally, Thompson said that she was feeling conflicted.

“So to put on the skin and sort of caricature of another group it means that you maybe don’t know that group very well,” Thompson said. “So I don’t like to call people racist because I don’t know what’s in his heart and obviously I voted for him. So I’ve obviously thought that he had good policies and he was a good leader and a good person. But I just think there’s a lack of racial knowledge on his part.“

On Thursday afternoon, Trudeau gave another press conference in which he apologized again, beginning his statement by directly addressing “racialized Canadians who face discrimination every single day in their lives even in a country like Canada.“

He reiterated his deep regret over the images. “Darkening your face, regardless of the context of the circumstances, is always unacceptable because of the racist history of blackface.“

Reaction from Canada’s other party leaders poured in shortly after the news broke Wednesday night.

NDP Leader Jagmeet Singh appeared emotional when addressing the photograph of Trudeau­. He said seeing the image “jarred” him.

READ MORE: Trudeau apologized for his brownface controversy. Here’s exactly what he said

On Thursday morning, Singh raised concerns about the “pattern” of incidents.

“There are some examples here that are showing Mr. Trudeau has beliefs toward people that they are less than, that they’re less worthy, that they’re to be mocked or made fun of,” Singh said.

“A lot of Canadians are asking very serious questions about his sincerity right now.”

“What Canadians saw this evening was someone with a complete lack of judgment and integrity and someone who is not fit to govern this country,” Scheer said.

In a press conference on Thursday, after the Global News video of the third incident was released, Scheer said: “I believe Canadians might have been able to accept his apology if he had been truthful and open, if he hadn’t based that apology on a lie.”

Elizabeth May, the Green party leader, released a statement saying she was “deeply shocked by the racism” shown by Trudeau in the photograph.