One man in custody after armed standoff in St. James

Winnipeg police closed off roads and swarmed a St. James street Wednesday after a man believed to be armed with a gun barricaded himself in a home.

Police hid behind their vehicles with guns drawn to deal with the situation at a home on Brooklyn Street, just south of Ness Avenue.

“We have an individual in a house … [we believe] they have a gun,” said Carver at the time.

Multiple police cruisers, armed officers, police dogs and the forces’ armoured vehicle were all brought in to assist.

Carver said the tactical support team was also on site, along crisis negotiators.

“Our goal here is to make sure everyone is safe,” said Carver.

The suspect inside the home has been taken into custody. Police are doing a final sweep of the house. #globalwpg pic.twitter.com/zLgVREjE4b

Houses around the scene were evacuated and people were told to stay in their homes.

It was a tense situation for those living on the street.

“You look down the street there’s just a bunch of cops. I didn’t know what was going on and then another neighbour said apparently there’s a shooter in the house.

“It was kinda like the crime shows you watch on TV you don’t usually see the TAC team out with their shields, guns and people hiding.”

Dennis Szustygesto, who lives right across from the house where officers had their guns pointed, was told to leave his home.

“Police just asked me to leave — there was a standoff across the street and they wanted to make sure everyone was safe,” Szustygesto said.

“I didn’t look up front to see how many cop cars were here, but when I got out the back I thought wow and I saw the swat team out there.”

One man was taken into custody about an hour-and-a-half after police arrived and there were no injuries.

Only the suspect was in the home at the time, said police.

“This is always a win for us if we can make sure everyone goes home safe, no injuries than we have won,” said Carver.

“The neighbourhood is safe, our officers are safe and the individual we arrested is safe.” 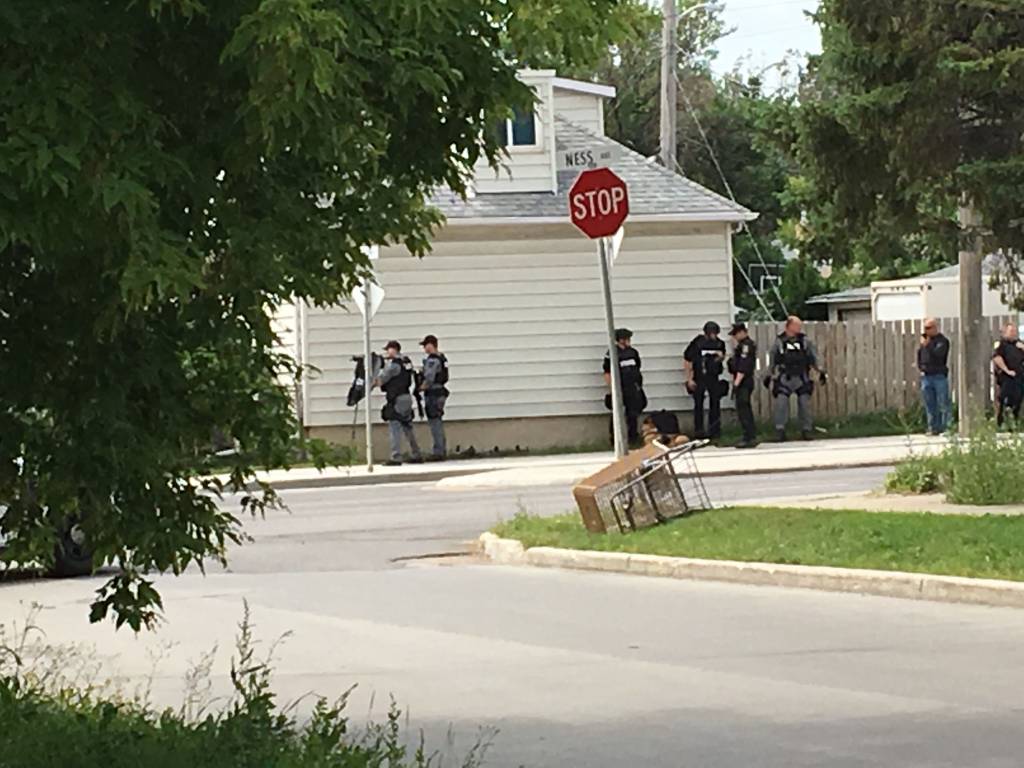 Winnipeg police on scene at a standoff in St. James on Wednesday, July 31, 2019.