Quebec provincial police say 75 residents have been forced from their homes amid fears a dam in the western Laurentians could collapse as flooding continues.

Quebec’s Public Security Ministry issued an alert for the Chute-Bell Dam on Thursday afternoon and ordered evacuations for Grenville-sur-la-Rouge area along the Rouge River.

A total of 60 residents were transported by car and the others by helicopter. Residents were taken to Grenville-sur-la-Rouge town hall, near Hawkesbury, Ont. Some are also being sheltered in Lachute.

Hydro-Québec says the dam hasn’t failed yet, but warns it is fragile.

“Right now everything is stable, it’s under control,” Hydro-Québec Francis Labbé said. “The problem is the rain that we are expecting in the next 24 hours or so, and we know this rain will make the flow of the river rise 30 per cent more than what it is right now.”

Canada’s Public Safety Minister Ralph Goodale described it as a critical situation, saying water levels have reached record highs. The federal government is in touch with Hydro-Québec as the situation evolves, he added.

The Rouge River down from the dam that has authorities nervous and has forced evacuations. pic.twitter.com/P3XBx6g4NY

The provincial government is also keeping a close eye on the rising river.  Quebec Public Security Minister Geneviève Guilbault said on Thursday there was an evacuation of 23 principal homes and 38 cottages. She called it a preventive measure. 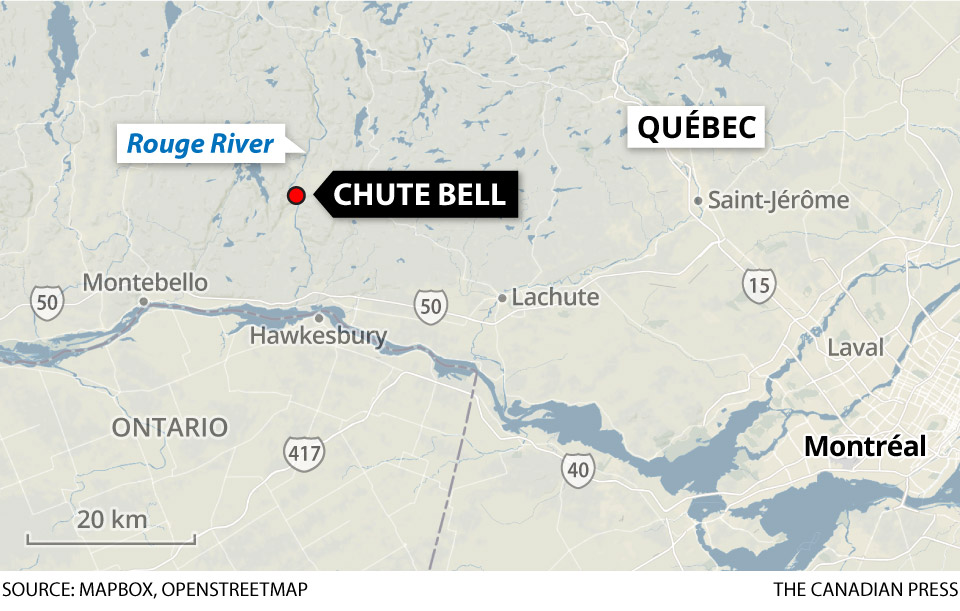 “The main message is that as soon as a structure is considered dangerous, we make the appropriate decisions to make sure that no one is at risk,” she said.

The public alert, which was issued Thursday afternoon, has now been extended to May 3.

The province is asking residents to abide by evacuation orders. They are also asked to avoid rivers, valleys and low-lying areas.

WATCH BELOW: Residents of Grenville-sur-la-Rouge asked to evacuate

— With files from Global News’ Annabelle Olivier, Rebecca Lindell and The Canadian Press