Students at Hamilton’s Westdale Secondary School were among thousands of students across the province who walked out of classrooms Thursday afternoon to protest education cuts.

Organizers of the “Students Say No” protest, scheduled for 1:15 p.m. at schools across Ontario, are expressing their concern about a number of issues including larger class sizes, a revamped sex-ed curriculum, and cuts to funding for autism therapy.

Tyler Horman, a grade 10 student, was one of the organizers of the walkout at Westdale and said most people are upset.

“I haven’t seen anyone who is happy about the changes,” said Horman. “Our teachers aren’t happy that their class sizes will increase, that they could get fired from their job because they need less (sic) teachers to teach larger classes. And so they aren’t happy with it and we aren’t happy about it.”

Lots of them out here, lots of signs lots of feeling! @AM900CHML #StudentsSayNo pic.twitter.com/hcQk0o7HqS

Not all students who took part in the walkout were there to talk about the education changes, said grade 12 student Lerissa Mowatt.

“To a lot of them it’s just a joke, but especially to Tyler and especially people from the LGBTQ community, it really hits close to home,” she said. “It’s insane. The budget cuts are crazy.”

Grade 10 student Allie Crisante-Crespo said she has a lot of concerns about the changes being made, including mandatory e-learning and how that will affect classroom learning.

“That also means that we’re going to have less (sic) teachers and less teachers means less support for students who really need mentors,” said Crisante-Crespo. “Being someone who wasn’t into school, and I had a mentor, a teacher that really brought out someone that wanted to be a part of extracurriculars in me, I really think that without teachers, we’re going to lose a lot of that.”

Approximately 200,000 students from more than 700 schools across Ontario were expected to take part in the walkout, with nearly 20,000 students signing up at 18 schools in Hamilton. 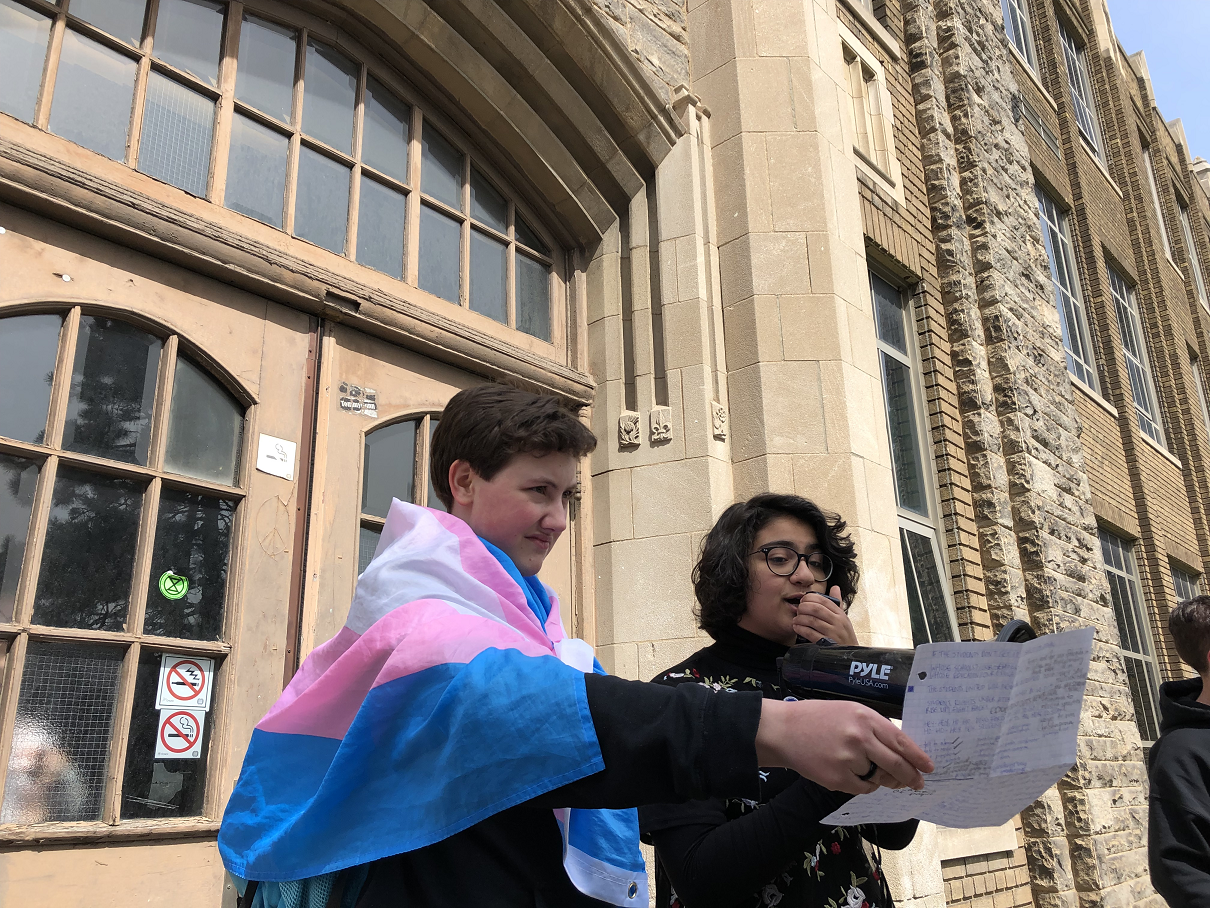 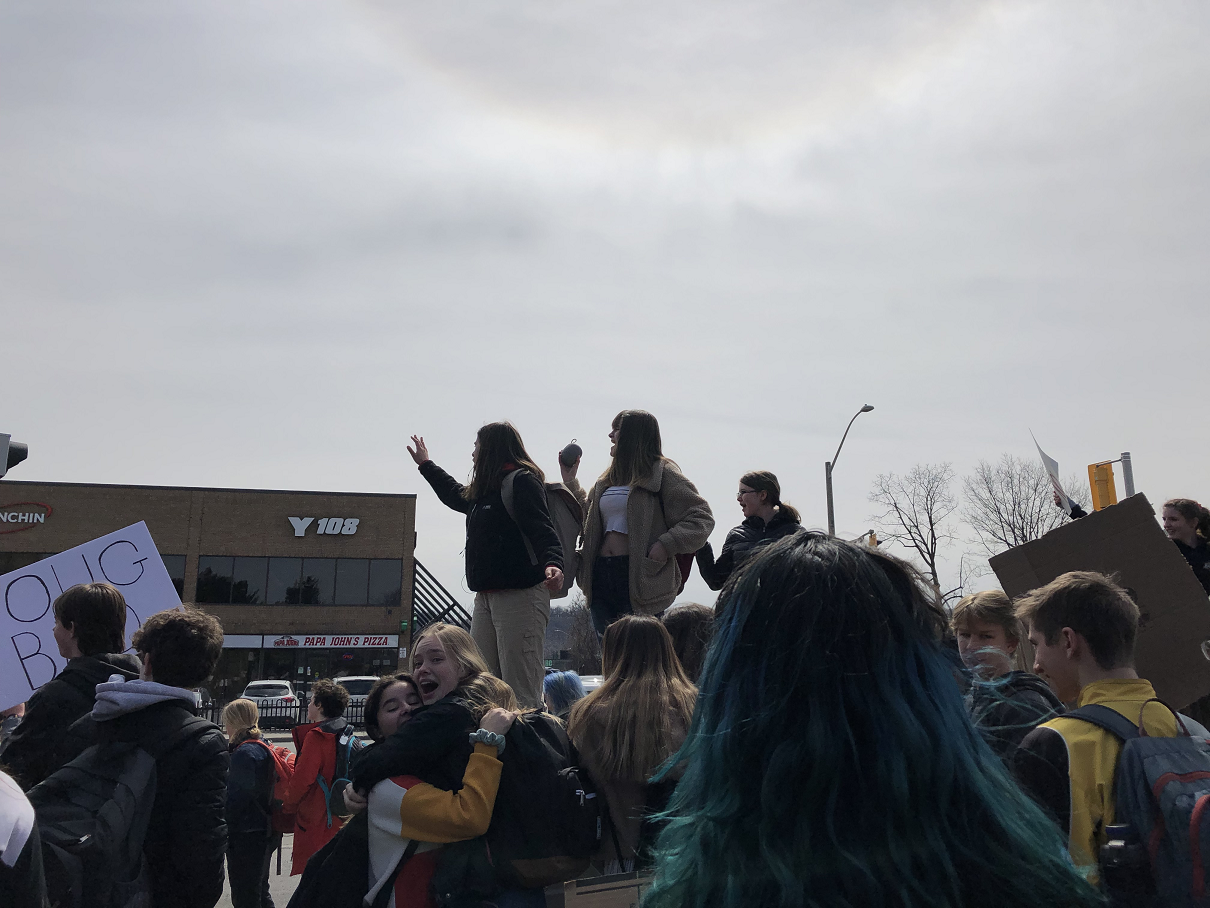 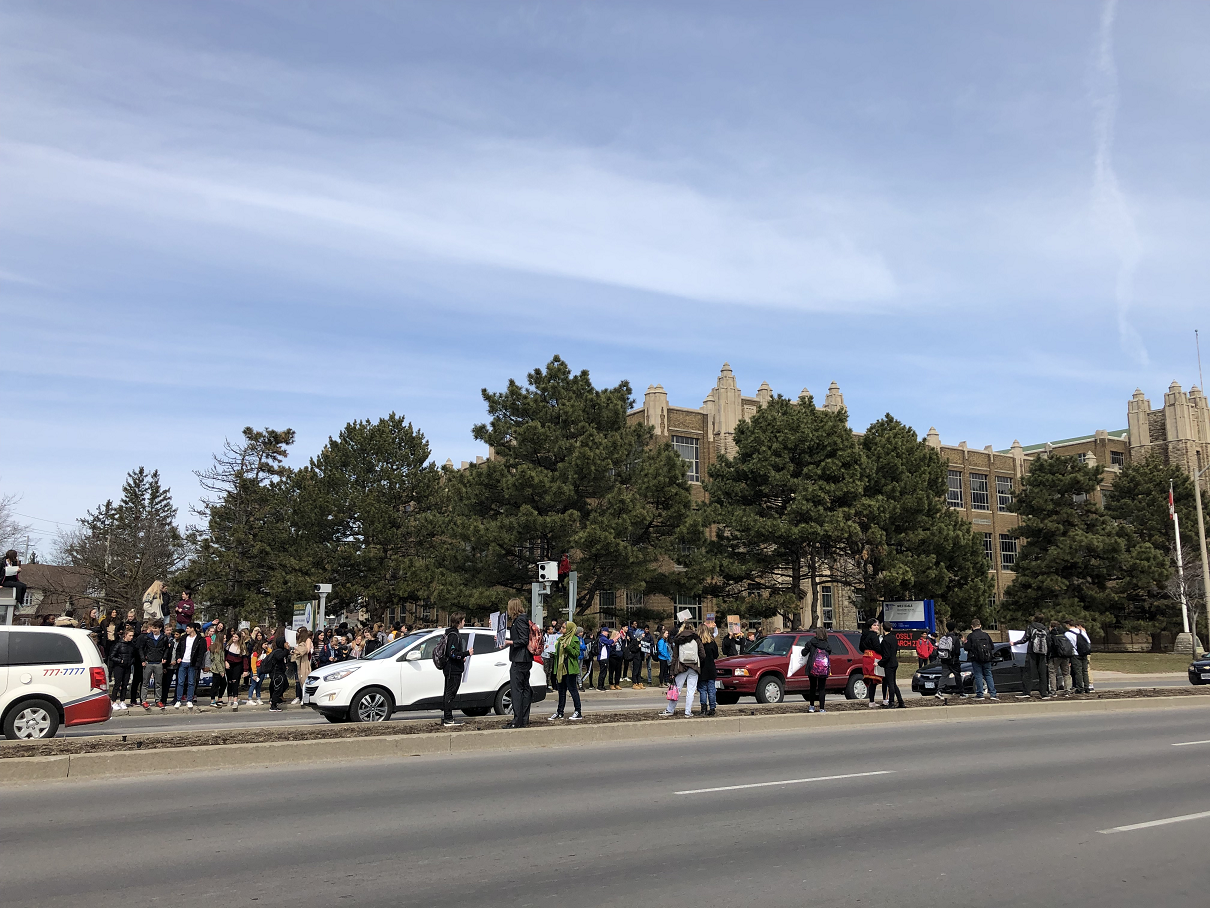 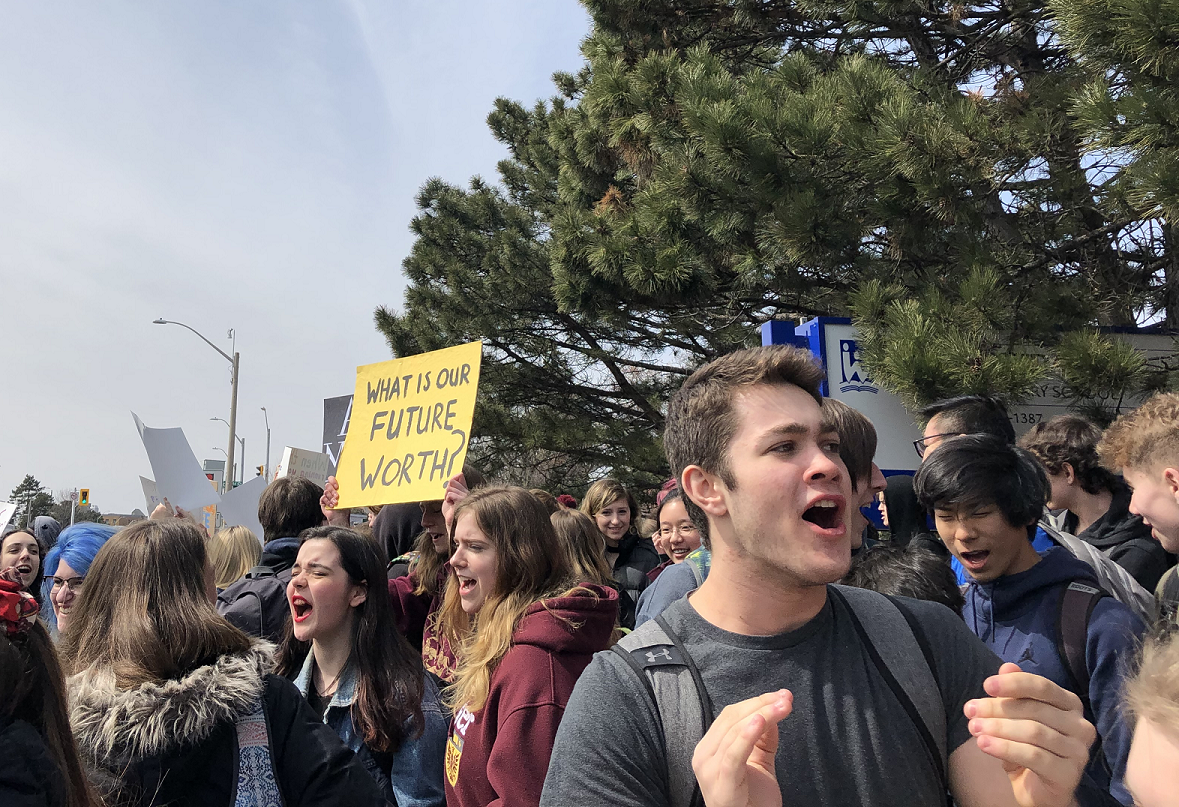 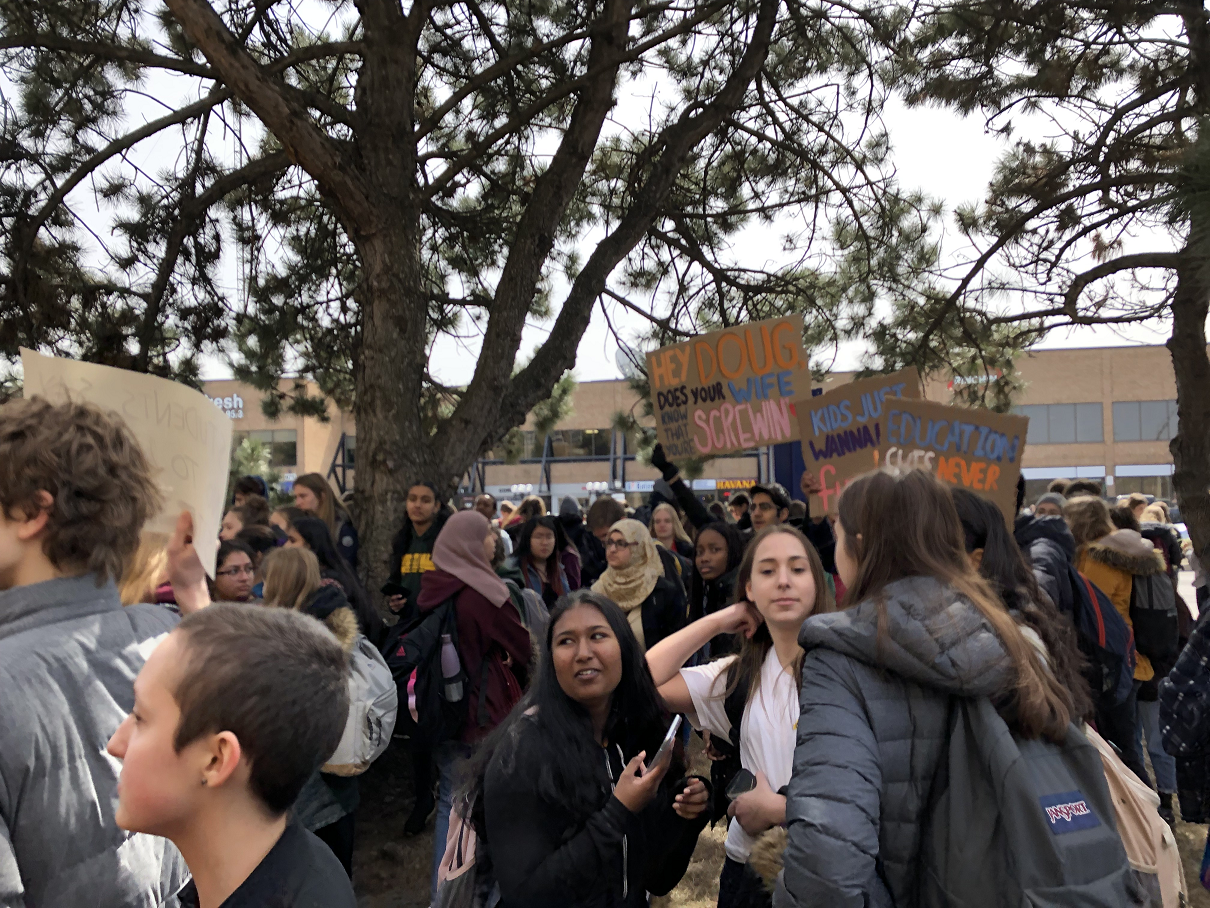