One of the first customers to buy legal recreational cannabis in Canada says he has no intention of smoking, vaping or otherwise consuming the gram of weed he bought at a store in St. John’s.

Ian Power, who was first in line at one of several stores in the country’s easternmost province that opened just after midnight Wednesday local time, says he plans to frame his purchase.

Hundreds of customers were lined up around the block at the private store on Water Street, the main commercial drag in the Newfoundland and Labrador capital, by the time the clock struck midnight.

A festive atmosphere broke out, with some customers lighting up on the sidewalk and motorists honking their horns in support as they drove by the crowd.

Cannabis NL expected 22 stores to open on Oct. 17, but not all opted to open in the middle of the night to commemorate the event.

Newfoundlanders and Labradorians were also the first to buy products such as dried flower and oils online after ShopCannabisNL.com launched at midnight local time, ahead of its provincial and territorial counterparts by at least a half hour.

The historic sales made Canada one of the few countries globally to regulate and legalize marijuana for adult use, and the largest nation with a national marketplace for legal pot. 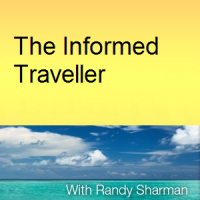