A B.C. man is living a landlord’s worst nightmare after his Okanagan rental home was extensively damaged by former tenants.

“I saved up a lot of money to buy the place and now it’s just ruined. Ruined.” 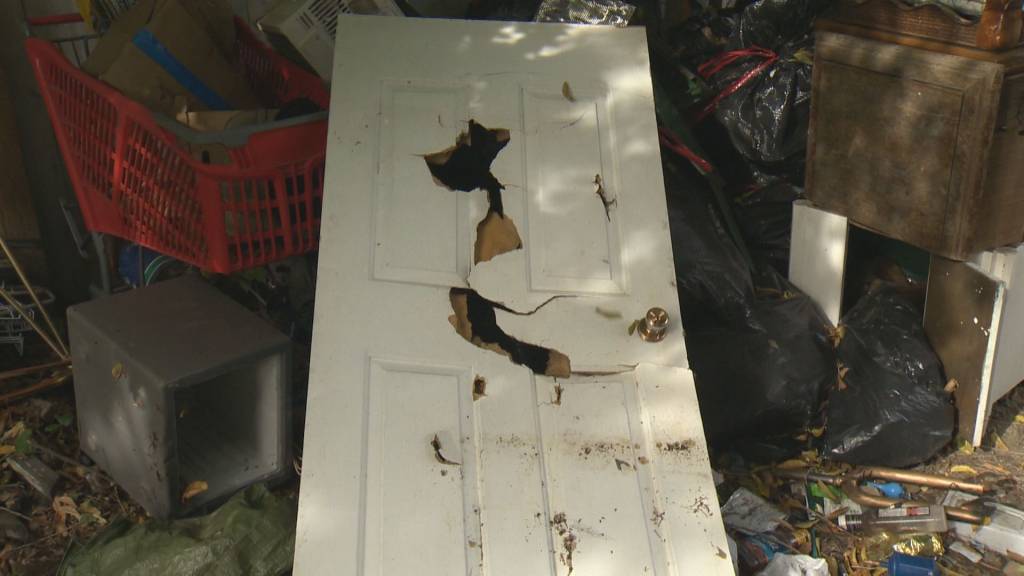 Pretty much everything in the house has been trashed.

Windows have been smashed. 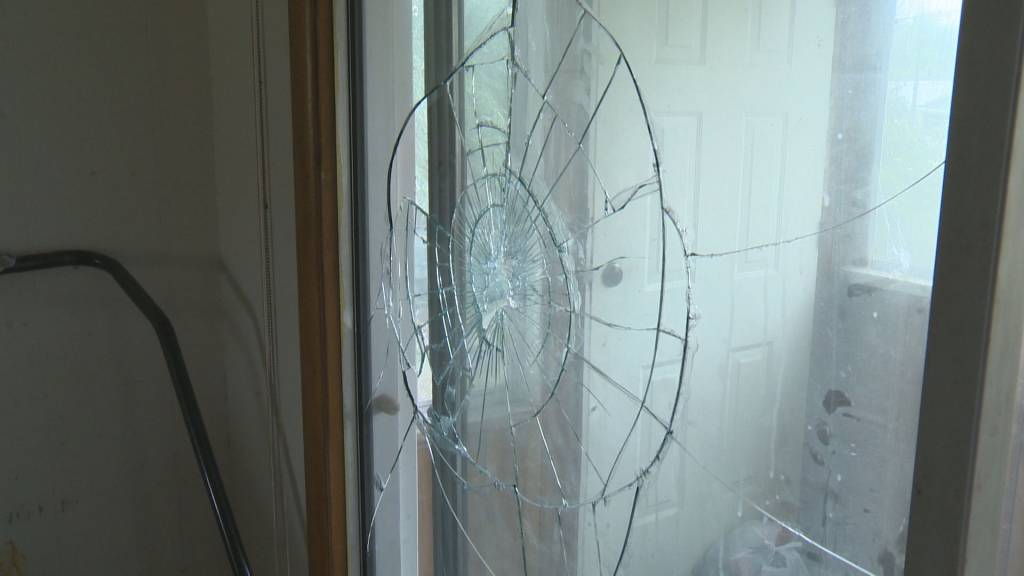 There are large holes in the walls. 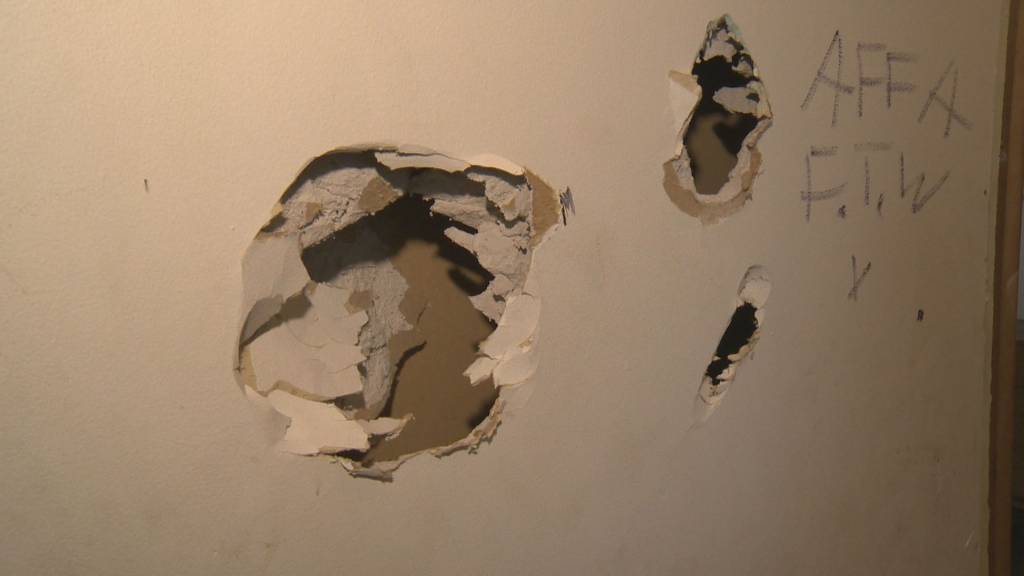 Graffiti has been sprayed throughout the home. 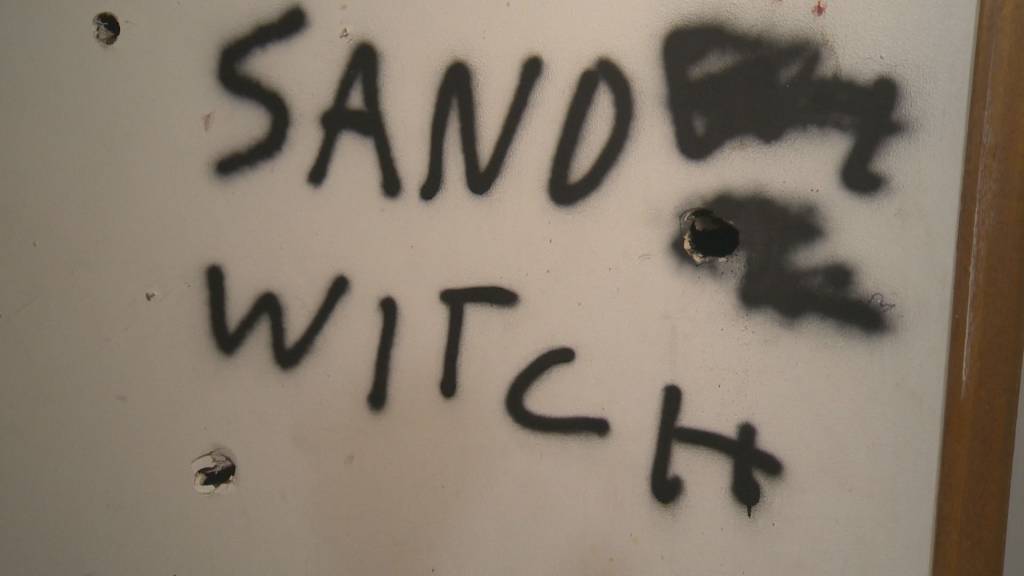 A wall between the kitchen and garage was knocked down, and appliances destroyed. 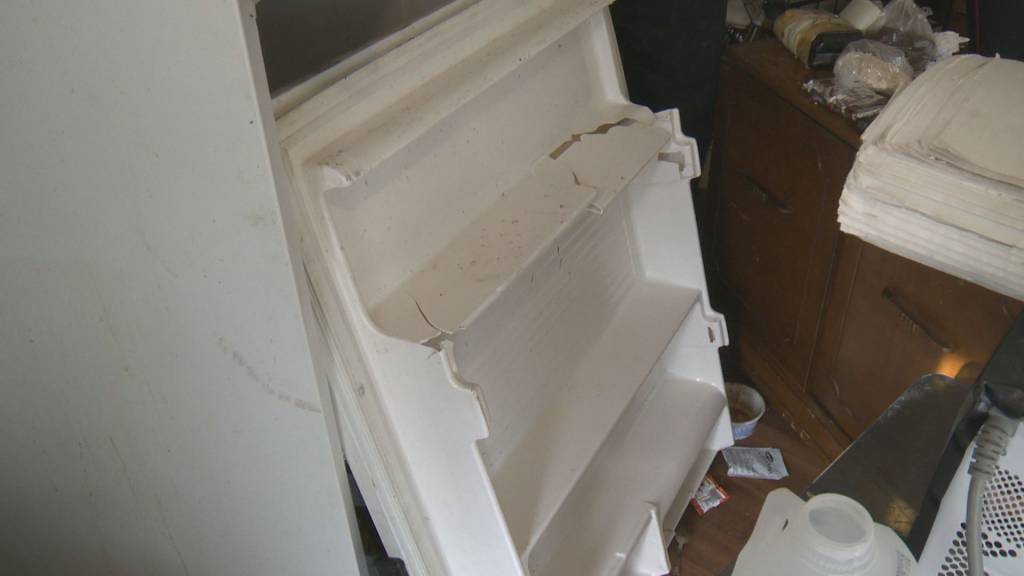 All that on top of a massive mess left behind, including garbage, dirty clothes and expired food. 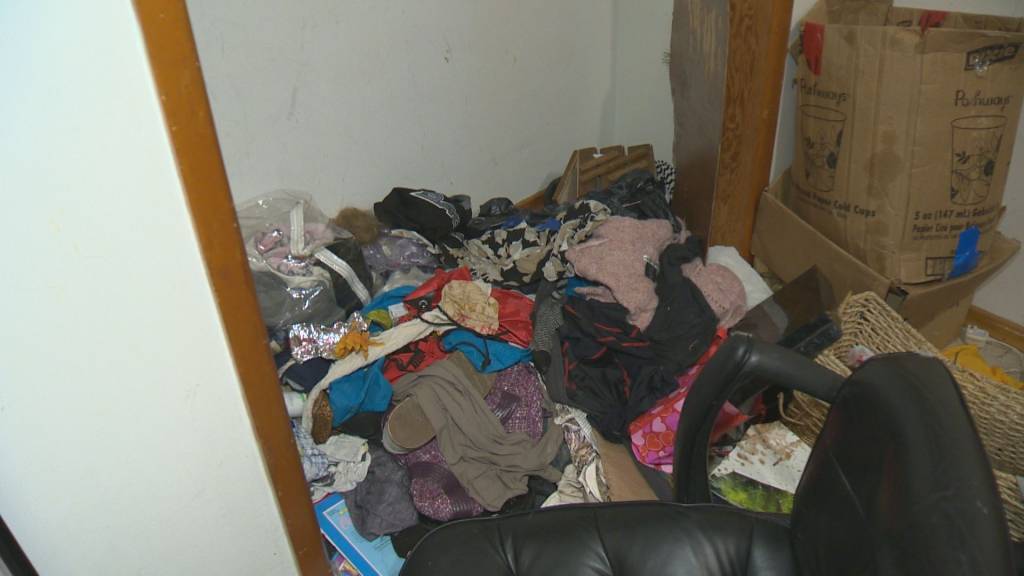 “It’s filthy and dirty in here,” Bowles said “A pigsty.”

Bowles, who lives in Chilliwack, rented his Vernon home to a couple in the fall of 2016. “She was a recovering addict and I basically had really good references on her,” he said.

Feeling bad for her situation, he decided to rent the place out to her and her boyfriend.

But over time, Bowles started hearing that the property had become home to a lot more people than just the two tenants he agreed to rent to.

“They had a bunch of subtenants in the house,” he said.

While the exact number of people isn’t clear, Bowles said a contractor who was on site a while back painted a picture.

“He said, ‘there’s a line-up of people living in this house ready to use the showers,'” Bowles said.

Flo Marchand lives in the downstairs suite. She said she was aware that multiple people lived upstairs and that there were plenty of signs of drug activity as well.

“I’d always hear fighting, things being broken, lots of banging, screaming,” she said.  “And seeing all of the people coming and going in and out of the house.”

Once Bowles realized what was happening, he said he started the eviction process — but, with the tenants refusing to leave, he had no choice but to take it to arbitration.

The tenants have now moved out, but the mess and damage left behind is one that will be not only time-consuming to clean up — but costly as well.

While some of it will be covered by insurance, Bowles will be thousands of dollars out of pocket.

“This was my retirement, I won’t be able to retire,” Bowles said.

While Bowles does hope to rent the home out eventually again, he said he’ll be a lot more careful when choosing tenants.

“I will be a lot more diligent.”