Meghan Markle goes on first royal engagement with the Queen, minus Prince Harry

Meghan Markle, now known as the Duchess of Sussex, joined Queen Elizabeth for their first royal outing together on Thursday. It’s the first time the pair has embarked on a royal engagement without Markle’s husband, Prince Harry, by her side since the royal wedding in May.

The Queen smiled as she and Markle appeared to have a lively, upbeat conversation with each other. 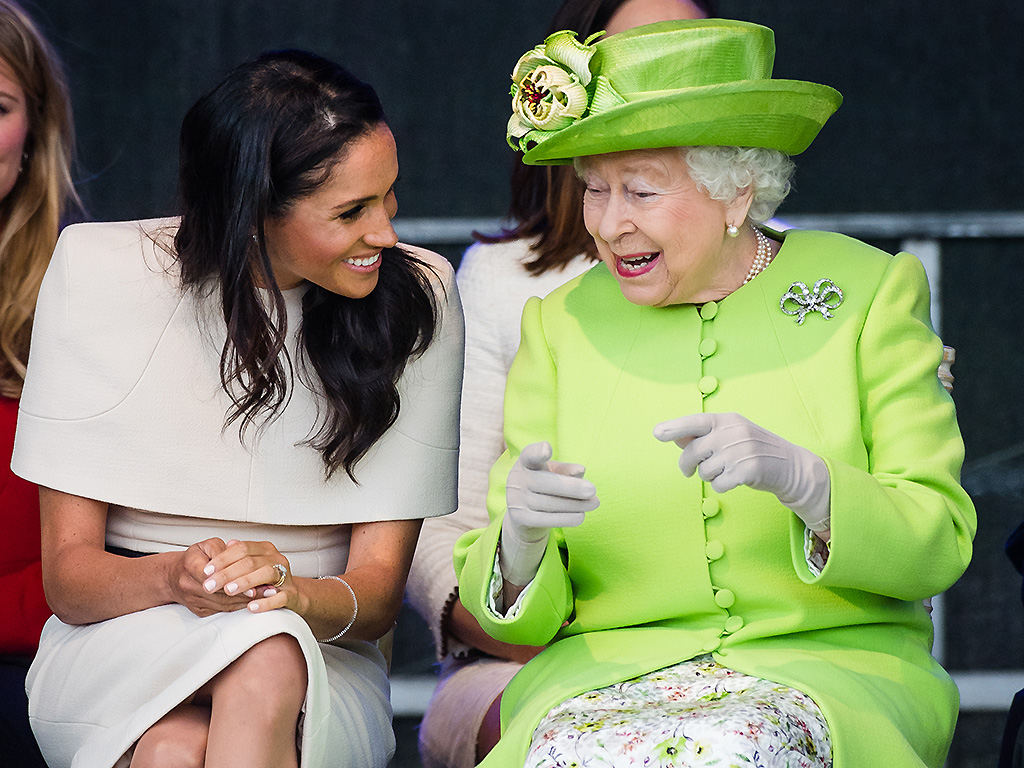 They travelled by the Royal Train overnight, and are expected to attend a series of events throughout the day. Their first stop featured a performance by local schoolchildren in the town of Widnes, near Liverpool.

The duchess wore a beige Givenchy pencil dress and sat next to the Queen for the performance. The Queen sported a lime green ensemble; green is the colour adopted by survivors of the Grenfell Tower fire in London a year ago.

Both royals, heads slightly bowed, observed a moment of silence in honour of the victims of the fire. 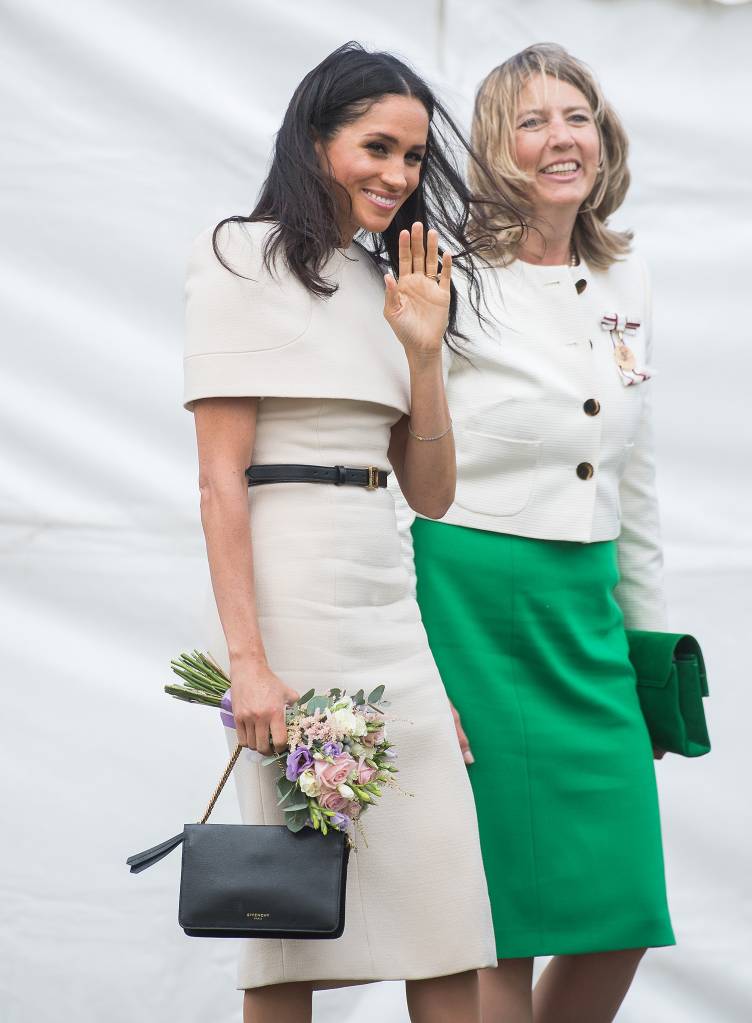 Dozens of schoolchildren greeted the Queen and Markle waving Union flags and cheering. In Chester, an ancient Roman city near the Welsh border, hundreds clapped and cheered as the two arrived. The Queen waved.

Both smiled as they opened the Mersey Gateway Bridge, a new toll bridge over the River Mersey and one of the United Kingdom’s biggest infrastructure projects in recent years.

At one point, Markle appeared confused over who should enter the royal car first, but resorted to asking the Queen what her preference would be. Meghan then climbed in first. 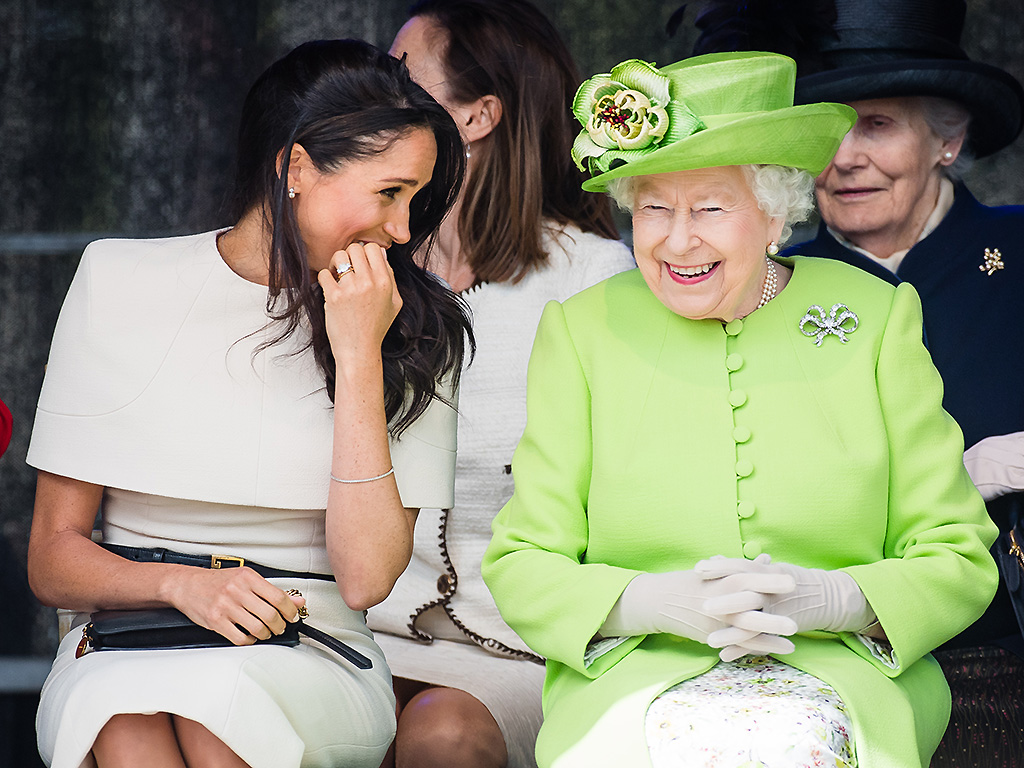 In Chester, the pair opened the Storyhouse, a library, theatre and cinema complex.

(You can watch Markle and the Queen in the video, top.)

— With files from the Associated Press and Reuters